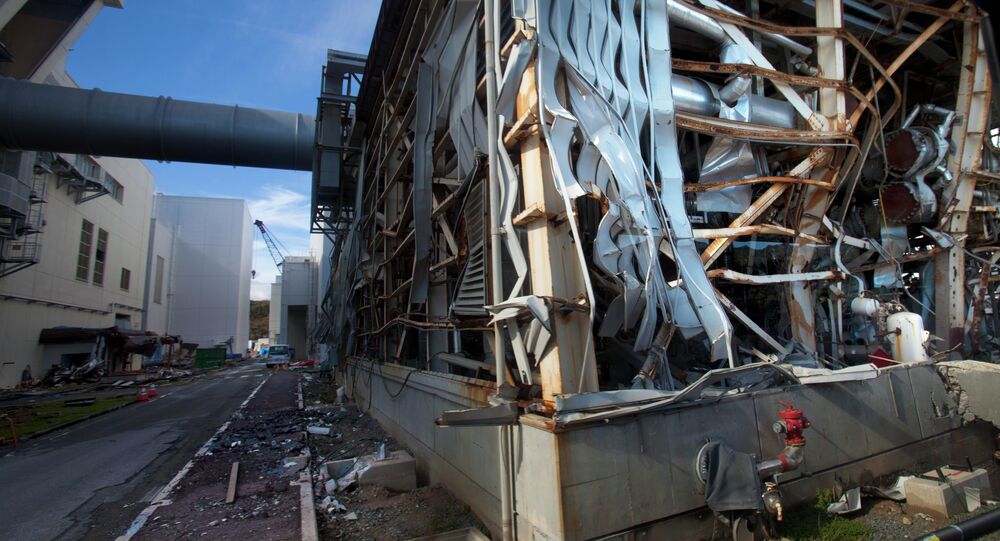 Five years ago an earthquake off the Japanese coast triggered a tsunami that caused the second-largest nuclear disaster in history. Damon Moglen, advisor to Friends of the Earth organization, discussed with Loud & Clear’s Brian Becker what has been learned following the disaster and whether another atomic catastrophe is likely.

Fukushima is a global environmental disaster, and not only in terms of its unprecedented scale as millions of people are believed to have been radioactively contaminated.

Fukushima 5yrs on: Impacts of disaster will last for centuries — documentary director to RT https://t.co/Esc0dDtKob pic.twitter.com/yO5ARIWtmO

​Five years later, Fukushima’s ongoing problems include, three destroyed reactor cores with some eleven-thousand extremely radioactive spent nuclear-fuel rods still in place, and, a continuous leak of poisonous radioactive water that continues to leach into the surrounding earth and nearby ocean.

For 60 months 300 tons a day of contaminated water has drained from Fukushima. https://t.co/0noH6ayLrJ pic.twitter.com/orqEurD1Bx

​“The fact is, that we don’t even know where the fuel has gone,” Moglen said. “It means this fuel is still coming into contact with a tremendous amount of water that is still flowing through the side [of the broken reactor] and into the ocean. And spent irradiated nuclear fuel rods from the reactors, those have not been removed either.”

The current status of the meltdowns and what’s going on inside of the three dead nuclear reactors remains a mystery, Moglen said.

© AFP 2020 / Toshifumi Kitamura
Fukushima-1: Why Japan Desperately Needs Russian Technology to Contain Radiation
“[T]his is an absolutely extraordinary nuclear disaster, because of the unwillingness of the [TEPCO] company [that ran the Fukushima plant] to be honest with the population,” he said. “Then and now we don’t appreciate the tremendous damage that has been done and even [know] about radioactive contamination that occurred.”

The government and industry in Japan appear to go hand-in-pocket, giving every impression of caring more about their public image and brand than about the cleanup of the disaster site.

“One of the stunning things about the outcomes of Fukushima is that the nuclear regulatory commission and government officials in this country spent a lot of time downplaying the nature of the disaster rather than addressing the similar problems we have with our reactors in this country that led to Fukushima disaster.”

© Flickr / Mad House Photography
Nuclear Option: Japan’s Olympic Football Team to Train in Cleanup Zone
Moglen outlined that the tragedy occurred in Japan, one of the most technologically advanced countries on the planet, proving that nuclear power plants are “too dangerous to be relying on for energy.”

“We need to recognize that this is a failed technology of the last century; we need to put it behind us. Having said that I think that another major lesson of Fukushima is that the nuclear industry far too often in various countries is not adequately supervised by independent safety agencies.”

A stark look at what's happened in the 5 years since the Fukushima nuclear disaster:https://t.co/UTH9m2yf4G

© AFP 2020 / Toshifumi Kitamura
Over 70% of Japanese Against Nuclear Power Plants After Fukushima Tragedy
​More concerning is that countries relying on nuclear energy haven’t taken the Fukushima disaster seriously, according to Moglen. In the US, for instance, “nothing has been done to change the design or upgrade the safety of reactors” across the country. A program ‘Fukushima: Lessons Learned,’ launched by state Nuclear Regulatory Commission, failed to result in any significant changes, and many of the most effective proposals were ignored.

“We are in this country in a very scary situation,” Moglen warned, explaining that the US has some 99 reactors that are over 30 years old. As they reach the end of their usable lifetime, the risk of mechanical or system failure becomes more acute. But power and manufacturing companies “want to keep running them because they are making profits.”

It cannot be ruled out that a disaster on a similar scale to the ongoing Fukushima radioactive leaks will not occur in the US, Moglen stated.

Japan Marks Anniversary of 2011 Tsunami Victims With Moment of Silence