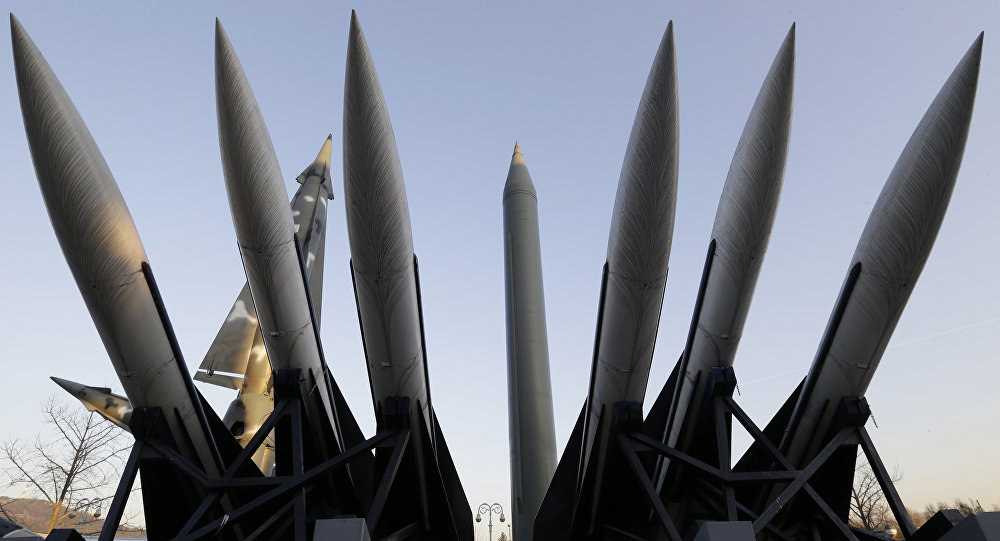 WASHINGTON (Sputnik) — Tensions over North Korea's nuclear and ballistic missile programs escalated after Pyongyang said on January 6 that it had successfully carried out a hydrogen bomb test and put a satellite into orbit on February 7, violating UN Security Council resolutions and triggering condemnation from the international community in both cases.

"While the KN08 remains untested, modeling suggests it could deliver a nuclear payload to much of the Continental United States," Gortney stated.

© AP Photo / KCNA via KNS
Kim Jong Un: Pyongyang Able to Mount Nuclear Warheads on Ballistic Missiles
He added that North Korea’s intercontinental ballistic missile (ICBM) has "profound implications" for US homeland defense because the road-mobile ICBM "obviates most of the pre-launch indicators on which we have traditionally relied to posture our defenses."

US Secretary of State John Kerry said that the UNSC sanctions on Pyongyang contained the toughest measures against North Korea imposed on the country in more than two decades.