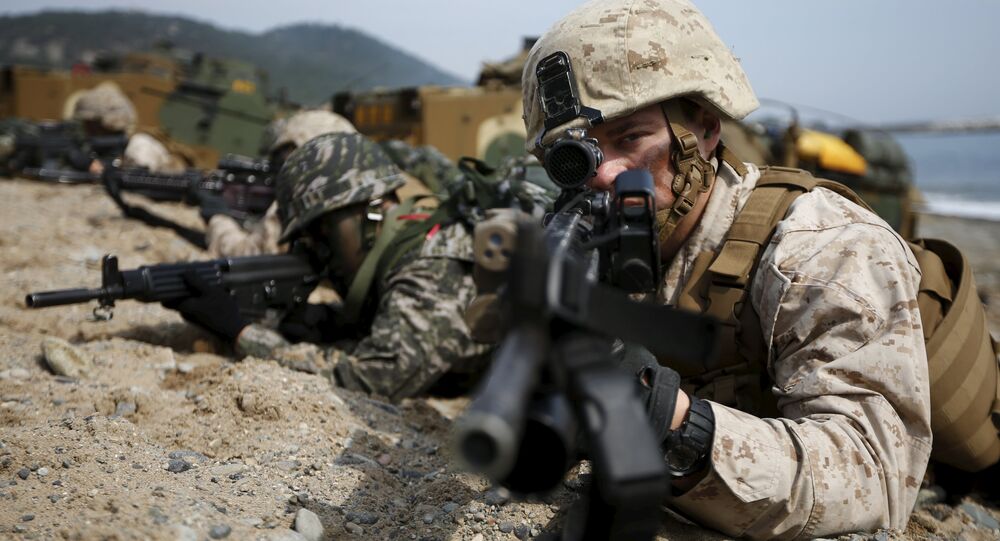 Military drills between South Korea and the United States kicked off earlier in the day and are believed to be the largest-ever joint exercises of the two countries amid increased tensions on the Korean Peninsula.

© REUTERS / U.S. Department of Defense, Missile Defense Agency/Handout
Rockets' Red Glare: Will South Korea-Based US Missiles Be Aimed at China?
MOSCOW (Sputnik) — On Thursday, North Korean leader Kim Jong Un ordered the military to prepare to use its nuclear weapons at any moment in light of the exercise, according to the country’s state media reports.

As many as 15,000 US troops joined around 290,000 South Korean soldiers in the drills expected to last until April 30. In 2015, Washington sent four times fewer troops than now, while the number of Seoul soldiers is now 1.5 times higher.

During the drills, the United States and South Korea are likely to apply their new operational plan, namely OPLAN 5015, which envisages possible preventive strikes against North Korea.

The US side is expected to deploy a nuclear-powered aircraft carrier and submarines.

US, South Korea to Start Talks on Possible THAAD Deployment on Friday

US THAAD System in South Korea Would 'Threaten China’s Deterrent'