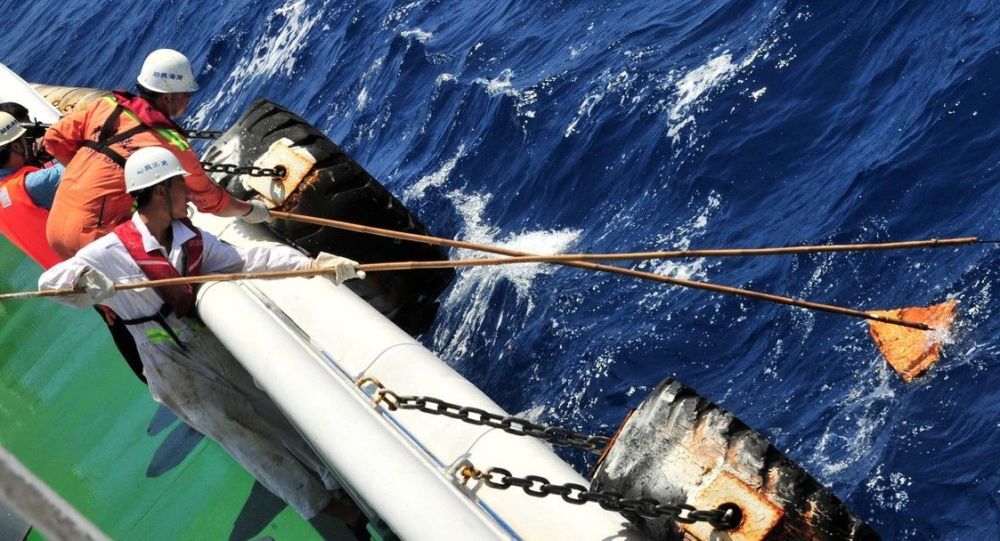 The Malaysian Boeing 777 that disappeared almost two years ago over the Indian Ocean could be found in the coming four months, the Australian Transport Safety Bureau (ATSB) chief commissioner said.

MOSCOW  (Sputnik) — Malaysia Airlines flight MH370, en route from Kuala Lumpur to Beijing, disappeared from radar screens on March 8, 2014, less than an hour after takeoff. There were 227 passengers and 12 crew members on board the Boeing 777.

"It’s as likely on the last day [of the search] as on the first that the aircraft would be there. We’ve covered nearly three-quarters of the search area, and since we haven’t found the aircraft in those areas, that increases the likelihood that it’s in the areas we haven’t looked at yet," Martin Dolan was quoted as saying by The Guardian.

© East News / Polaris
Potential MH370 Debris Discovery Suggests Plane Fell Into Indian Ocean
In August 2015, a fragment of the plane’s wing (flaperon) was found on the French Island of La Reunion in the Indian Ocean, which helped to narrow down the search area.

Last week, the debris that washed ashore was found in Mozambique and subsequently sent to Australia. Malaysian Transport Minister Liow Tiong Lai said on Twitter that there was "high possibility" that the debris belonged to the Boeing 777 but warned against "undue speculation" as the information still needed verification.