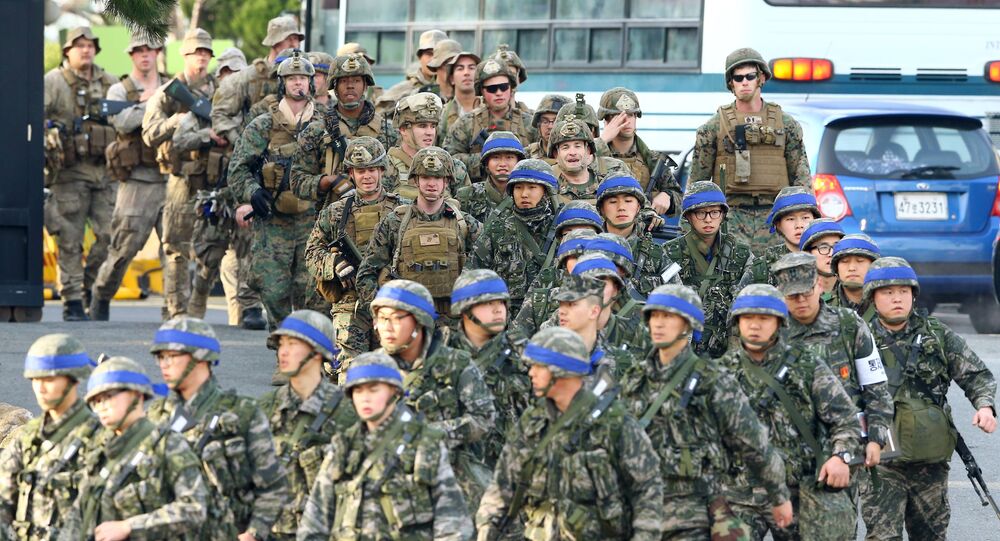 On Monday, the Seoul-Washington annual joint exercises kicked off in South Korea. Shortly before that, Pyongyang promised to launch a nuclear strike "of justice" in case North Korea was "even slightly" threatened.

"The fact that North Korea, in response to the UN Security Council resolution and the joint exercises of the United States and South Korea, not only fails to demonstrate the desire to stop the nuclear and missile programs, but also expresses outrage and takes provocative action is uhttp://live.russia.tv/nacceptable," Suga told reporters.

Last week, the UN Security Council unanimously passed a resolution to extend existing sanctions on Pyongyang in response to the country’s fourth nuclear bomb test in January and long-range rocket launches in breach of the existing Security Council resolutions.