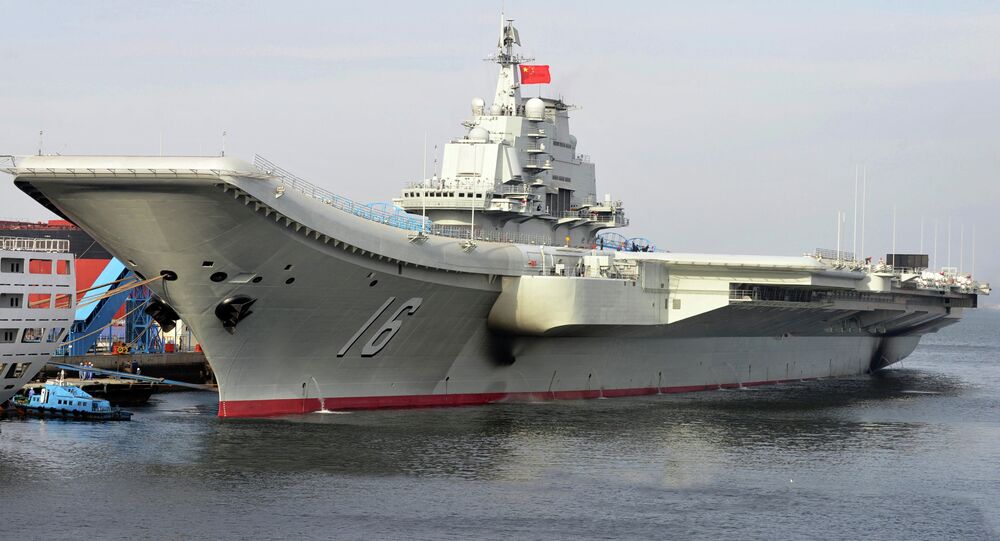 Last But Not Least: China's 2nd Aircraft Carrier Will Be More Sophisticated

China is building a second aircraft carrier; its enhanced design will allow the vessel to carry more fighter jets as well as an early warning patrol aircraft, an anti-submarine warplane and several helicopters, according to a spokesman for the Chinese People's Liberation Army's Navy.

© Flickr / Times Asi
Formidable Boost: China to Produce Cutting-Edge Aircraft
The Chinese Navy currently has one operational aircraft carrier but is building another, which will be larger and equipped with J-15 fighter jets, among other aircraft, Yin Zhuo, chairman of the consulting committee of the People's Liberation Army's Navy, was quoted by RIA Novosti as saying.

His statement came a few months after the Chinese Defense Ministry officially announced that work on the construction of a second aircraft carrier had begun in the port of Dalian.

Earlier, there had been reports in the media that China was building a second aircraft carrier, but these weren't officially confirmed by the authorities.

According to Yin Zhuo, the new carrier will have a more sophisticated design that will enable it to carry more weapons, fighters and fuel, thereby enhancing its sea endurance and ability to conduct combat operations.

In addition, the carrier will be equipped with an early warning patrol plane, an anti-submarine aircraft and helicopters designed for evacuation-related purposes.

© CC BY-SA 4.0 / 果壳军事 / Chinese hypersonic gliding vehicle
China's Progress in Developing Hypersonic Weapons Unsettles Pentagon
China's sole aircraft carrier is the Liaoning, a 55,000-ton vessel which was launched in Soviet Ukraine in 1988. First known as the Riga and later the Varyag, the unfinished cruiser was refitted in China before entering service in September 2012.

The ship was renamed after the Chinese province of Liaoning, where the docks of the port city of Dalian are located.

The first sea trials of the Liaoning took place in August 2011, and in November 2012 it was announced that a J-15 fighter jet had successfully landed on the deck of the ship.