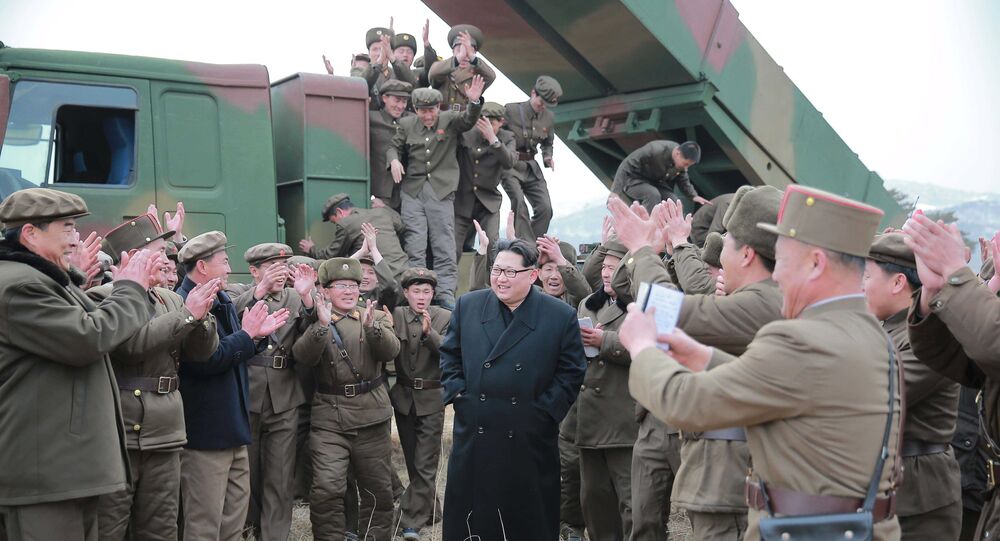 Is North Korea truly developing nuclear weapons to menace its neighbors, or do the country's rulers see it as a deterrent from foreign intervention? The truth may be somewhere in the middle.

It is difficult to tell North Korea to stop nuclear testing when all the international community wants for the country is to be a "normal nation," with no likelihood of an Iraq or Libya-style invasion or intervention by foreign powers, according to Aidan Foster-Carter, Honorary Senior Research Fellow in Sociology and Modern Korea, at Leeds University.

"Honestly, all anybody wants from North Korea is that they would just do the sensible thing like China has done, like Vietnam has done, while still remaining socialist countries, just embrace the world economy and participate as a normal nation. And North Korea refuses steadfastly to do that," Foster-Carter told Radio Sputnik.

© Sputnik / Iliya Pitalev
After the Ban: North Korea's Largest Luxury Suppliers Include US, Israel
While Foster-Carter called on North Korea to act like a "normal country," Seoul-based North Korea scholar Andrei Lankov had a different view. The change from essentially regular nuclear arms tests to full-on sanctions was unexpected, according to Lankov.

"I personally don't understand at all why the fourth (not first, second or third) nuclear test led to such a reaction in Washington," Lankov wrote, calling the second successful space rocket launch in a row a possible motivation.

No sympathizer of North Korea, Lankov, who studied in the country in the 1980s is now a professor at Seoul's Kookmin University, where he teaches North Korea topics.

However, the new sanctions could only push North Korea away from the market reforms that it pursued in previous years, which included the liberalization of agriculture, as well as profit-based management at the country's factories.

"Most likely, sanctions, even if they are not carried out very sincerely, will lead to the worsening of North Korea's economy. As a result, the noticeable economic improvement which was reached in the past seven to eight years (and the four years of Kim Jong Un's rule in particular) will be swept away by a powerful hurricane. Regular people will become worse off, possibly much worse off, and reforms would most likely be put on hold," Lankov wrote.

UN Sanctions previously failed to dislodge Iraq's Saddam Hussein, while bringing misery to much of the the country's population. In addition to UN sanctions, South Korea suspended an industrial zone which employed North Korean workers at South Korean companies, and was subsidized by the South Korean government.

The two experts agreed in that the deployment of the US' Terminal High-Altitude Area Defense (THAAD) systems to the region likely impacted the decision on sanctions. According to Foster-Carter, the system may still be deployed, even though China and Russia have granted a de facto concession by anonymously passing sanctions on North Korea.