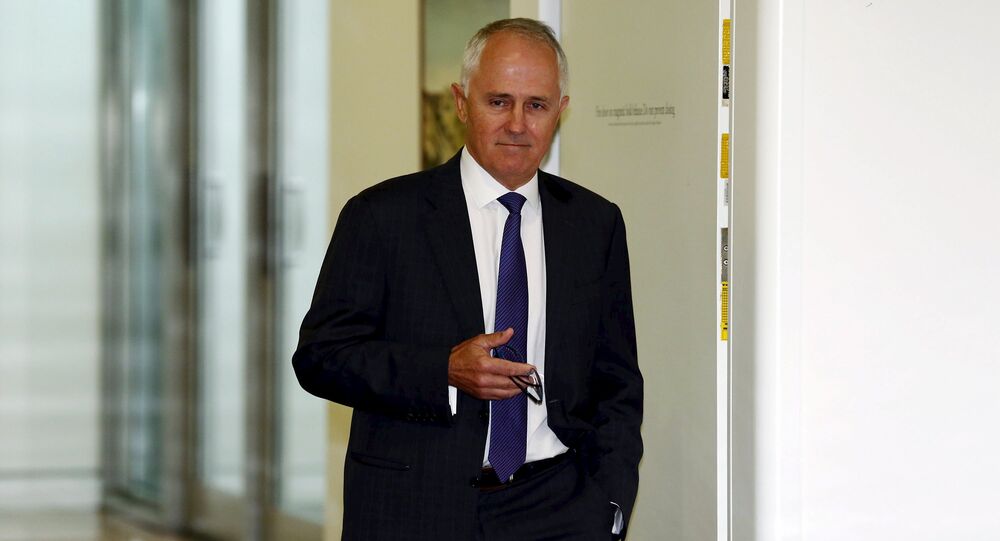 MOSCOW (Sputnik) – Australian Prime Minister Malcolm Turnbull appeared to back away from a pledge by his senior cabinet member to hold a same-sex marriage referendum by the end of 2016, national media reported Sunday.

Attorney-General George Brandis told Sky News earlier in the day the public vote for same-sex marriage would be held by the end of the year, and legislated into law if backed by a majority.

The Fairfax Media conglomerate later quoted Turnbull’s spokeswoman as saying the plebiscite would be held "as soon after the election as can be done."

The next federal election in Australia is scheduled to be held on or before January 14, 2017.

Same-sex couples in Australia are prevented from marrying by the 2004 amendment to the federal 1961 Marriage Act incorporating the common law definition of marriage as "the union of a man and a woman to exclusion of all others."

Government data estimated the number of same-sex couples in Australia at around 34,000 last year.