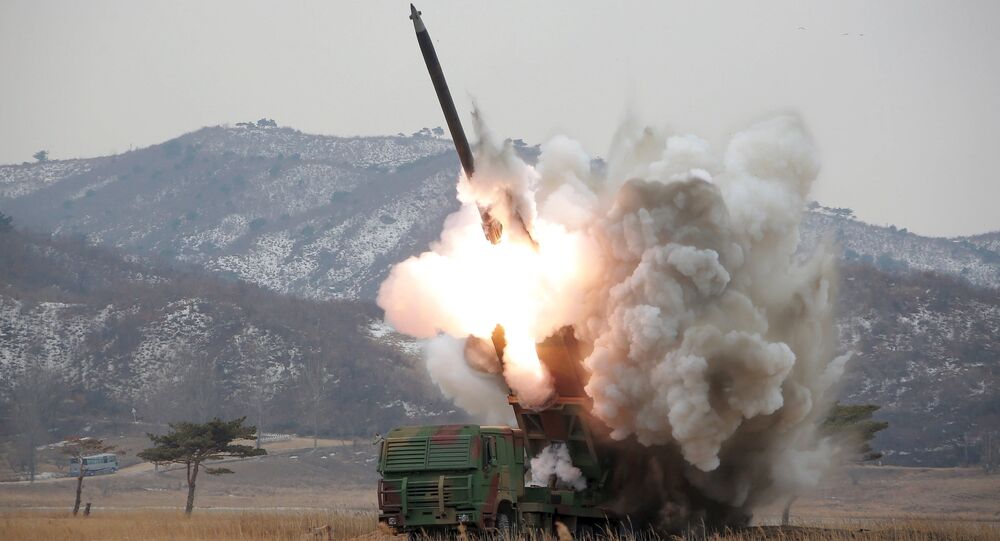 South Korea is adamant to announce its own sanctions against North the next week after the UNSC will implement its harsher measures on it, media reported Sunday.

MOSCOW (Sputnik) — Seoul is expected to announce its own sanctions against Pyongyang the next week following the UN Security Council's decision to introduce stronger restrictive measures on North Korea, media reported Sunday.

On Wednesday, the UN Security Council unanimously passed a resolution to extend existing sanctions on Pyongyang in response to the country’s fourth nuclear bomb test in January and long-range rocket launches in breach of the existing Security Council resolutions.

© AP Photo / JUNG YEON-JE
UN Sanctions May Cause North Korea to Consider ‘Changing Their Course’
The South Korea may ban entry for foreign vessels that have been at North Korean ports and include more entities and individuals linked to Pyongyang's weapons of mass destruction to the sanctions list, Seoul-based Yonhap news agency reported citing a South Korean official.

According to the official, the sanctions are due to be announced by South Korea's Prime Minister's Office early next week.

The restrictive measures under the new UN resolution are due to affect multiple sectors of North Korea's economy, making all cargo entering and leaving the country subject to inspection and limiting or prohibiting the nation's export of coal, iron, gold, titanium and rare natural minerals. The resolution also bans conventional arms sale as well as the delivery of aviation and rocket fuel to Pyongyang.
...
Reddit
Google+
Blogger
Pinterest
StumbleUpon
Telegram
WhatsApp
85