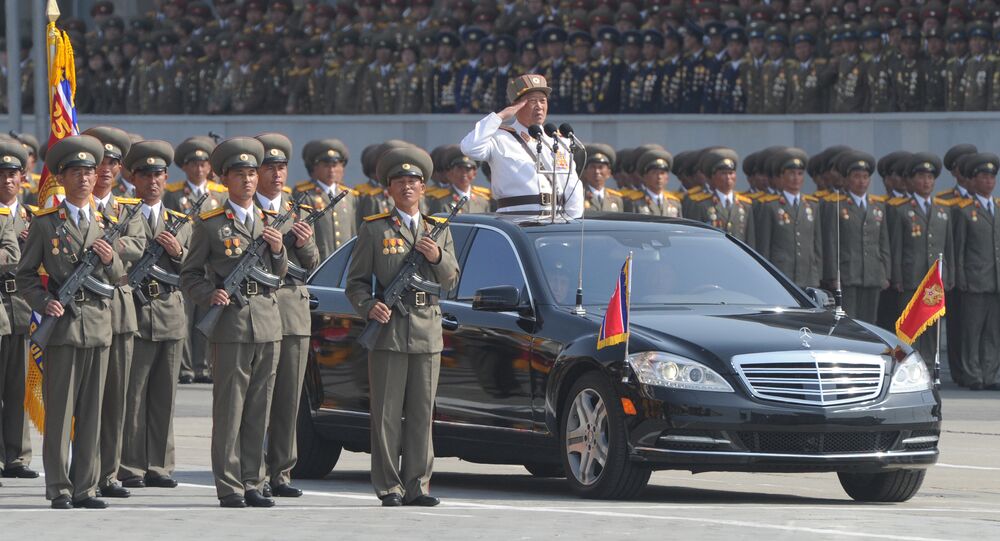 Kim Jong Un's gold and his armored limousines came from two interesting sources after a widely publicized ban on luxury goods exports to the country.

© REUTERS / KCNA
N. Korea Nuclear Crisis 'Result of UN Failing on Nonproliferation Treaty'
The company, which was previously involved in illegal weapons shipments from North Korea also asked the US manufacturer to name a major Chinese logistics company as the buyer, while the actual limousines ended up in Pyongyang.

The Supreme Leader Strikes Back: How Will N Korea Answer UN Sanctions?