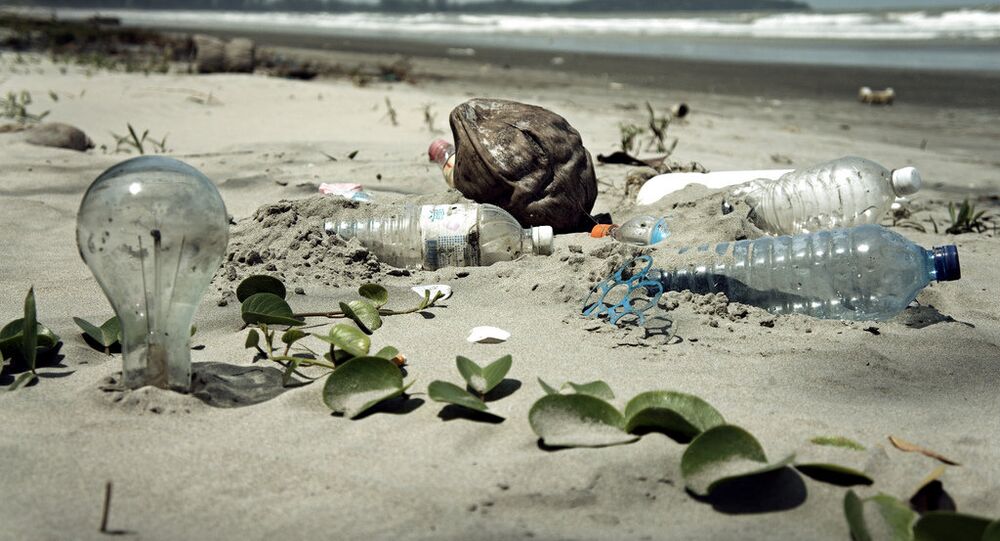 The Chinese government plans to take strong measures this year to fight air and water pollution, Premier Li Keqiang said in his report presented at the annual session of the National People’s Congress (NPC) on Saturday.

BEIJING (Sputnik) – According to the Chinese government report, opportunities will be expanded for an environmentally friendly and highly efficient use of coal, while the consumption of conventional raw coal will be reduced and a shift from coal to gas and electricity will be encouraged.

"In the current year we expect to reduce the chemical oxygen demand [measure of water pollutants] and the content of ammonia nitrogen [a toxic pollutant]," Li Keqiang said, adding that emissions of sulfur dioxide, a toxic gas, and nitrogen oxide, which is linked to asthmatic conditions, are also expected to be reduced, by 3 percent.

The Chinese government also plans to decommission 3.8 million vehicles that do not meet modern emission standards.

© Sputnik / Anton Denisov
China’s Defense Budget to See Record Low Growth of 7.6% in 2016
China remains the world's largest source of carbon emissions and air pollution, with air quality in major cities far below international standards. According to a recent survey conducted by physicists from the University of California, 1.6 million people in China die annually from diseases related to air pollution, meaning that air pollution kills on average about 4,000 people in the country each day.

Beijing officials have announced plans of spending the equivalent of $2.5 billion in 2016 to tackle environmental pollution.

In January, the Beijing authorities said they planned to close 2,500 enterprises in 2016 as part of the city's environmental program.