The draft resolution for tougher sanctions against North Korea that the US submitted to the UN with China's backing will not discourage Pyongyang from developing nuclear and ballistic missiles, North Korean expert Michael Madden told Sputnik.

On Friday, Washington, with Beijing's backing, submitted a new resolution to the UN Security Council for additional sanctions against North Korea to deter it from progressing further with its nuclear and ballistic missile programs.

​"It's not a terrific economy but in the last couple of years they've had modest growth and they've had some progress in terms of domestic economic development so it will remain to be seen if the sanctions affect that," Madden said.

"One of the things that they've done is to allow the technocrats that are within North Korea's cabinet to start managing programs, these people are very experienced [in dealing with] the fundamental flaws in North Korea's economy, they know some of the fixes they need to make." 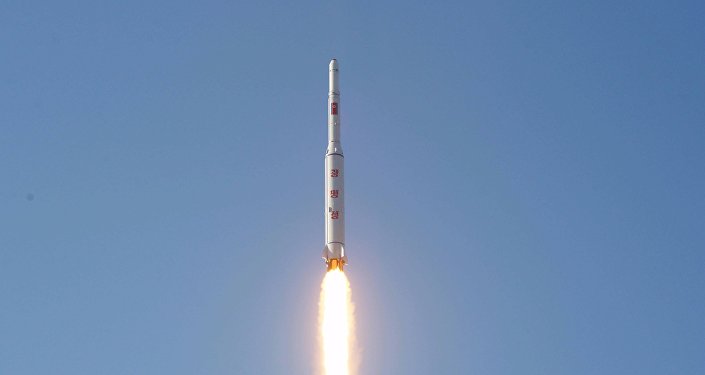 © REUTERS / KCNA
North Koreans Should Be Unaffected by UN Resolutions Against Pyongyang
North Korean President Kim Jong-un and many of those in his circle are more open-minded because they were educated abroad, and Madden said the president is aware of the gaps in his knowledge and open and amenable to advice, particularly from technocrats and economic planners.

"There is a certain degree – a very specific degree because it's a totalitarian state – of flexibility that he has allowed officials to have in terms of formulating policies."

"North Korea has basically said on a number of occasions that they have no intention of giving up their nuclear weapons program, and no intention of stopping space launches, and we're going to have to take them at their word."

"They have numerous reasons for that, they'll say 'Iraq and Libya got rid of their WMD programs, look what happened there,' and to a certain degree they're justified in their thinking based on what they've seen happen to other similar political systems after they negotiated away their WMD programs."

Madden said that Beijing has supported the US proposal for tougher sanctions against Pyongyang because of legitimate concerns about the potential for nuclear fallout and earthquakes as a result of the weapons tests, which "annoy China to a great extent, especially the nuclear weapons tests."

© AP Photo / Wong Maye-E
North Korea to Offset US Sanctions by Exporting More Workers Abroad - Advocacy Group
While China and North Korea share a close relationship, China's influence is somewhat exaggerated by a lot of external observers and government policy makers, and Pyongyang is likely to react with open hostility to the proposed sanctions, Madden said.

"Once the sanctions are passed, we'll see some very interesting statements coming out of North Korea, they'll just continue to heighten tensions on the Korean peninsula, and that's what we'll be seeing."