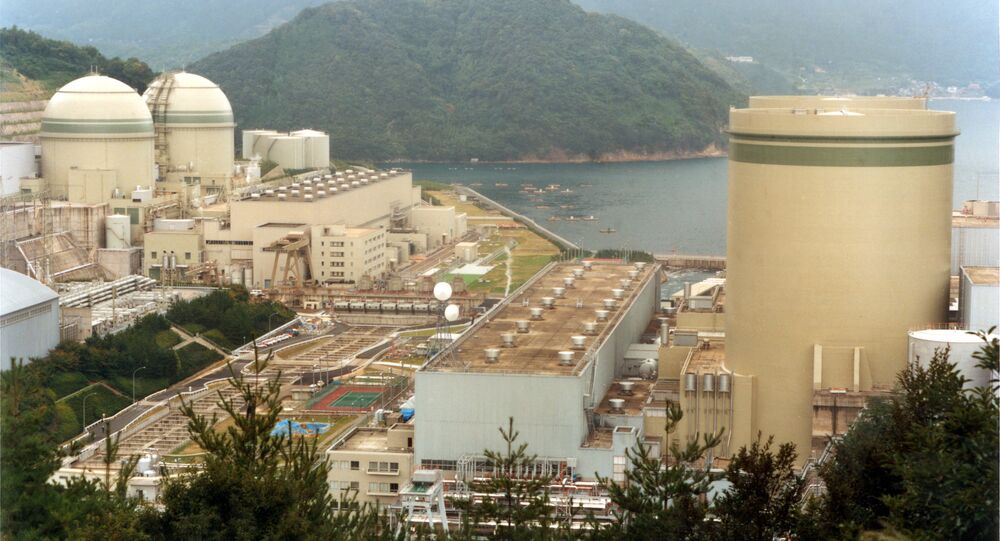 The reactor is expected to resume full-scale operation on Monday, according to KEPCO.

© REUTERS / Kyodo/Files
Japan Begins Work on Restarting Takahama Plant’s Fourth Nuclear Reactor
On Saturday, 34 liters of radioactive water were found in a room next to the fourth reactor at Takahama, located in Japan’s western prefecture of Fukui.

The Takahama plant was shut down soon after the Fukushima nuclear disaster in 2011. Three of its nuclear reactors were restarted in January.

© AFP 2021 / Issei Kato
Radioactivity Around Fukushima Drops by 65%
The Fukushima Daiichi nuclear disaster, which occurred on March 11, 2011, was triggered by a 9.0-magnitude earthquake and a subsequent tsunami. Before the disaster, nuclear reactors provided almost 30 percent of Japan's power needs.