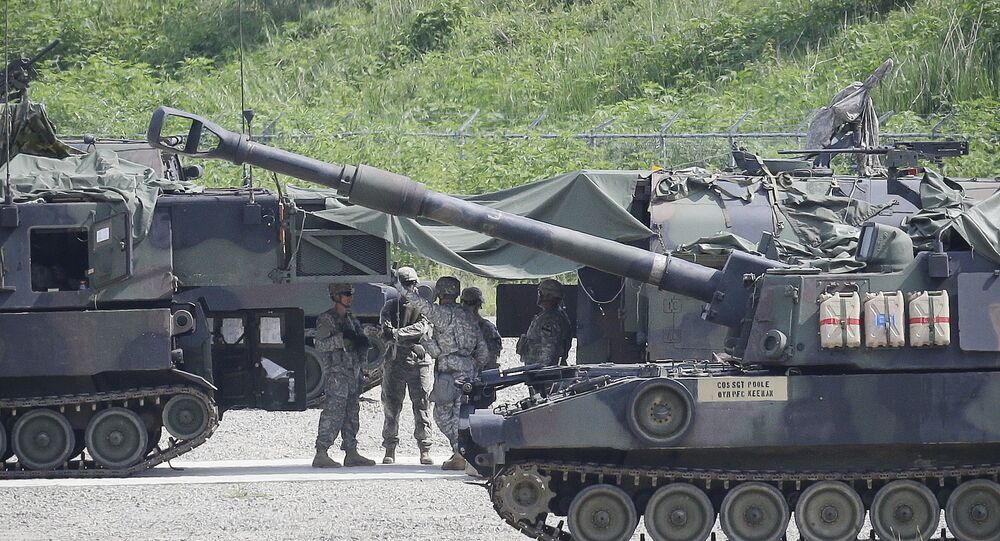 As the US and South Korea prepare to hold joint military exercises next month, North Korea has warned of harsh retaliation. Is this usual bluster, or an understandable reaction to signals of aggression?

In recent months, Pyongyang has faced fierce criticism from both Washington and Seoul over its nuclear test. This was followed by a North Korean satellite launch, which the West claimed was a veiled attempt to show off its ballistic missile technology.

While Washington and Seoul’s joint military exercises are an annual event, it’s hard to view next month’s drills outside of this larger context. The exercises are meant to remind North Korea that the Korean War never officially ended.

Ahead of the event, Pyongyang issued a warning that it would retaliate if it felt threatened.

"All the powerful strategic and tactical strike means of our revolutionary armed forces will go into preemptive and just operation to beat back the enemy forces to the last man if there is a slight sign of their special operation forces and equipment moving to carry out the so-called 'beheading operation' and 'high-density strike,'" the Supreme Command of the Korean People’s Army said in a statement.

The statement added that North Korea’s first target would be South Korea’s presidential Blue House, followed by US military bases in both Asia and the US mainland.

These kinds of threats from the North Korean government have become commonplace, and are easy to dismiss as overreactions.

But Pyongyang’s anxieties haven’t sprung from nothing. Speaking to Radio Sputnik’s Loud & Clear, Daniel Jasper, advocacy coordinator for Asia at the American Friends Service Committee, explained how North Korea has felt continuously threatened by the United States, particularly after the invasion of Iraq.

"I think the comment about the 'Axis of Evil' certainly played terribly in the DPRK, and it stands to reason that these sorts of signals that were being sent were probably being received in a hostile manner," he said.

"We know that when countries are threatened with military force, be it conventional or nuclear, that they take defensive means to defend themselves," Hans Kristensen, director of the Nuclear Information Project, told Loud & Clear.

"With the announcement of the 'Axis of Evil' and the very soon thereafter invasion of Iraq, one could, if you sat in Pyongyang, have concluded that 'we’re next.'"

Washington’s objections to Pyongyang’s nuclear ambitions is also strange given the fact that the US was offered the opportunity to end the nuclear program, only to turn it down.

"In January of 2015, the North Koreans did actually offer to suspend further nuclear testing if the United States and South Korea would agree to cancel the annual war games last year," Paul Liem, chairman of the Korea Peace Institute, told Radio Sputnik.

"The US and South Korea refused to do it, but it gives you an indication of what they [North Korea] consider to be a significant, good-faith effort on the part of the United States that might move them towards kinds of negotiations."

It should come as no surprise, then, that North Korea would object to next month’s drills, just as they’ve always done.

S Korea, US to Sign Deal Shortly on Talks on Placing Anti-Missile Defense