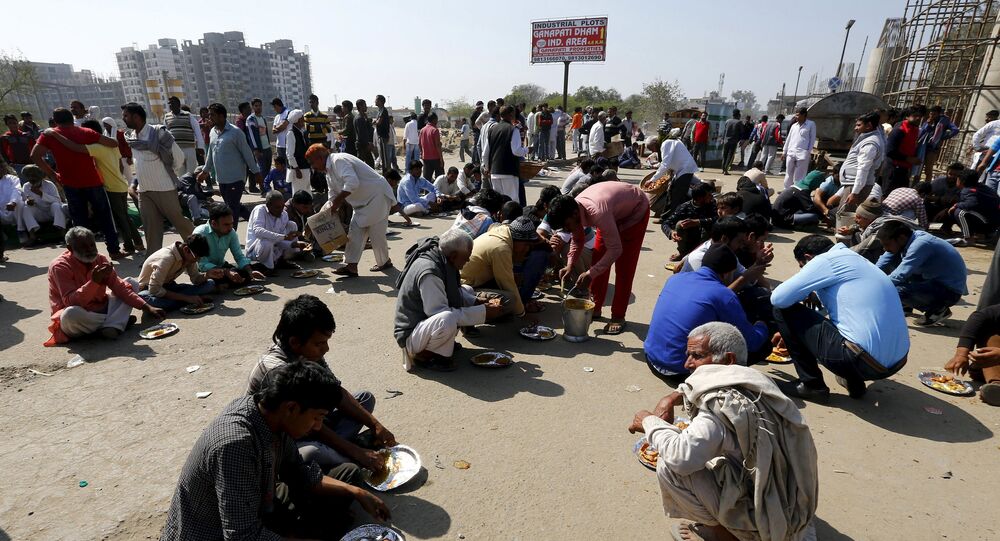 The death toll of the caste rights protests in the northern Indian state of Haryana has risen to 18, with some 200 others injured, local media reported Tuesday.

© AP Photo / Chonchui Ngashangva
India Community Riot Leaves 10Mln Without Water in New Delhi
According to the NDTV television channel, 18 were killed and over 200 were injured. Haryana Chief Minister ML Khattar and two other ministers were summoned to the capital of New Delhi to meet Union Minister Venkaiah Naidu, who leads a committee on the issue.

The protests left some 10 million people without water.

The Jat community has been traditionally regarded as upper caste, but demanded to be recategorized as an Other Backward Castes (OBC) group, a government classification indicating social and educational disadvantage. This would include them in quotas for more stable government jobs and educational programs.

The national government initially granted them OBC status in 2014, but the top court then overrode the decision, arguing that Jats were not "backward."

In late January, similar protests took place in the southeastern Indian state of Andhra Pradesh. Protesters set a train, two police stations and 25 vehicles on fire, with 15 policemen and four railway employees injured in the violence. In August 2015, the Patidar community in Gujarat organized a mass rally also seeking governmental quotas, as a result of which left eight people died.