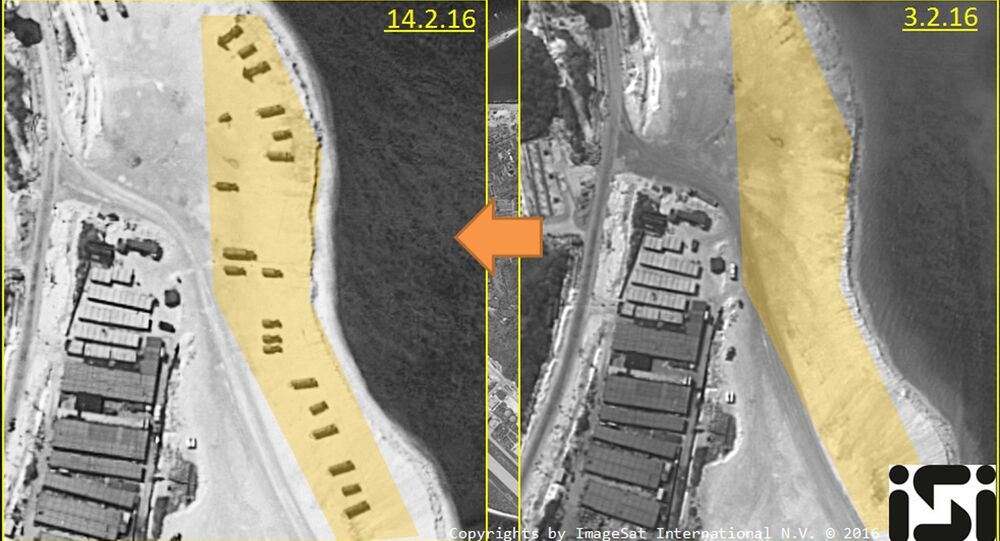 Beijing has dismissed criticism from Washington that missiles placed in the South China Sea could raise regional tensions, comparing defensive installations in China’s backyard to America’s own in Hawaii.

"Commercial imagery seems to indicate that China has deployed surface-to-air missile systems on a disputed island in the South China Sea, I am confirming that," US Department of State deputy spokesperson Mark Toner told reporters.

"If this is true, we believe it will raise further tensions in the region."

On Monday, the Chinese Foreign Ministry responded, insisting that it has every right to maintain defensive systems within what it considers to be its own territory. Spokeswoman Hua Chunying stressed that the US should not use the issue as a "pretext to make a fuss."

"China’s deploying necessary, limited defensive facilities on its own territory is not substantively different from the United States defending Hawaii," Hua said.

She also pointed out that the United States has no official claims in the region.

"The US is not involved in the South China Sea dispute, and this is not and should not become a problem between China and the United States," Hua said.

© AFP 2020 / POOL / RITCHIE B. TONGO
Is US Heating Up Territorial Disputes in South China Sea to Suppress China?

Washington expressed concern that Beijing’s actions in the South China Sea are aimed at establishing an air defense identification zone, and US officials have sharply criticized China’s construction of artificial islands in the Spratly archipelago.

Beijing maintains that it has every right to build within its own territory, and that the islands will be used primarily for humanitarian purposes.

In addition to launching a number of joint military exercises with regional allies, the United States has conducted aggressive naval patrols and flown surveillance flights near the disputed islands, according to the spokeswoman.

"It’s this that is the biggest cause of the militarization of the South China Sea," Hua said on Monday. "We hope that the United States does not confuse right and wrong on this issue or practice double standards."

© Flickr / Nicolas Lannuzel
Obama: We Will Continue to Test China Over Disputed Islands

Earlier on Monday, a senior US naval official said that the US was encouraging Australia and other regional allies to conduct their own military patrols to challenge Chinese territorial claims. The Pentagon has indicated that it will continue its own "freedom-of-navigation" operations.

"We will continue to fly, sail and operate wherever international law allows; that includes in the South China Sea and that part of the world," US Department of Defense spokesperson Peter Cook told reporters on Friday.

"It [China’s deployment of missile systems] does not alter our own operations and it will not."

The heated rhetoric comes ahead of Chinese Foreign Minister Wang Yi’s visit to the United States this week.

Beijing Deploying Missiles in S. China Sea to Not Affect US Military Plans

Beijing Within Its Rights to Deploy Air Defense Missiles in S. China Sea