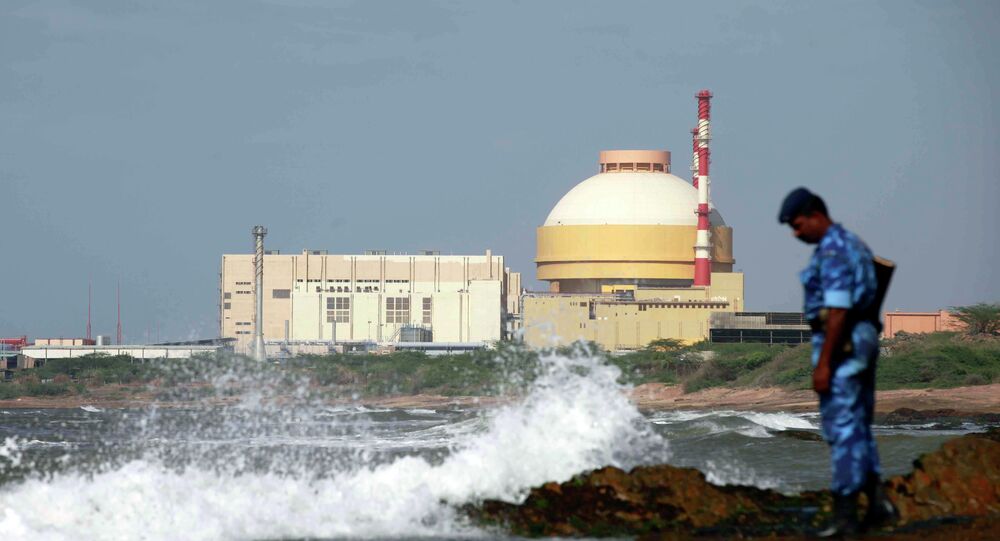 The first unit of the Russia-designed Kudankulam nuclear power plant (NPP) was connected to the grid, a source in the Indian nuclear industry said on Monday.

NEW DELHI (Sputnik) — In early February, the unit has been stopped for inspection over the signal of a possible malfunction.

"Today, at 8.15 a.m. [02:45 GMT], the first unit of the Kudankulam NPP has been connected to the grid. Now the station generates 300 MW of energy, a gradual rise in power continues," the source told RIA Novosti.

The construction of the Kudankulam nuclear power plant was initially agreed by the Soviet Union and India in 1988, but the project was in limbo until the Nuclear Power Corporation of India and Rosatom relaunched the much-delayed joint project in 2012.

Kudankulam's first unit reached full capacity in July 2014, and is currently India’s most powerful reactor with a maximum operating capacity of 1,000 megawatt.

The second unit is nearing completion and is expected to be launched this year. The construction of the third and the fourth units is planned for 2016.