At least 10 people were killed and 150 injured in protests related to caste rights in the northern Indian state of Haryana, local media reported Sunday.

MOSCOW (Sputnik) — At least 10 people were killed and 150 injured in protests related to caste rights in the northern Indian state of Haryana, local media reported Sunday. 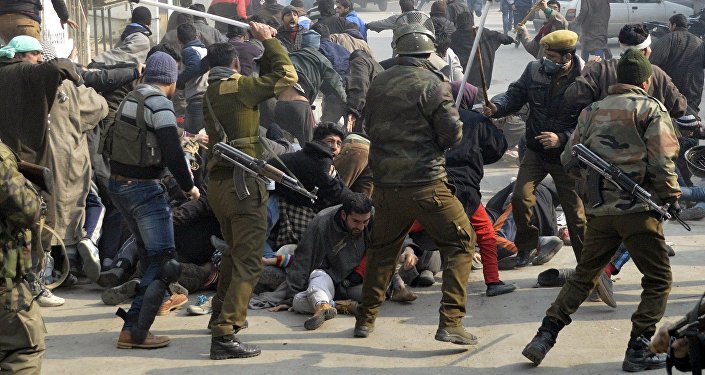 © REUTERS / Stringer
Protests Over Shia Cleric Execution by Saudi Arabia Erupt in India
The members of the Jat community, listed as an upper caste, have been protesting since Friday demanding job quotas in government structures and educational institutions like the members of socially and educationally disadvantaged castes.

The Indian Express newspaper reported, citing the local police chief, that at least 150 were wounded and 10 killed during the protests.

The protests have disrupted travel and water supply. The central Indian government has called on the Haryana authorities to negotiate with Jats.

Jats have also staged rallies in the country’s capital of New Delhi, as well as states of Punjab, Himachal Pradesh and Jammu and Kashmir.

In August 2015, the Patidar community in Gujarat organized a mass rally also seeking governmental quotas, as a result of which left eight people died.