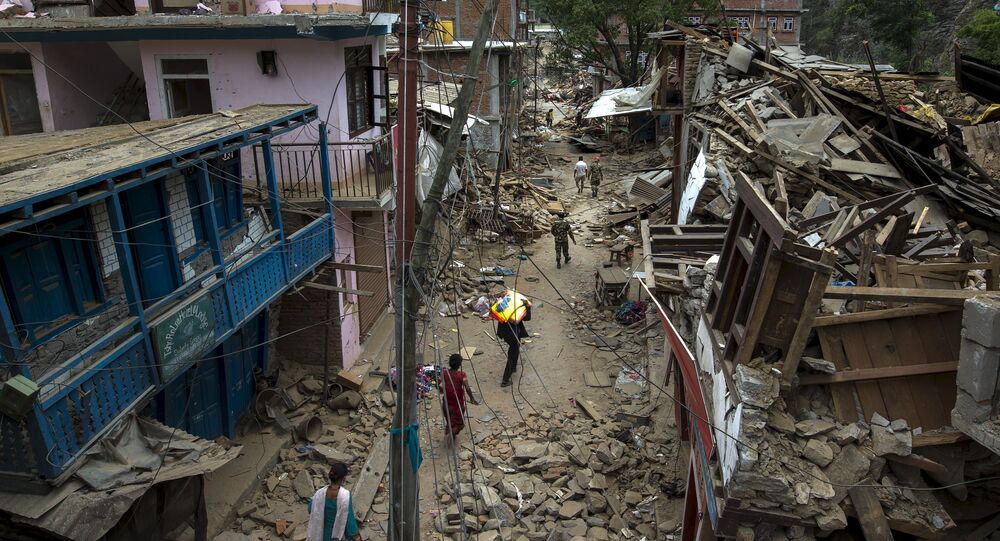 "MoU on utilization of US$250 million Grant component of GOI’s Assistance package for Post-earthquake reconstruction assistance," one of the seven agreements signed after the meeting and published on the Indian Foreign Ministry's website reads.

The allocated funds will be spent on rebuilding houses, healthcare, and preserving the cultural heritage of the areas most affected by the April 2015 earthquake that killed up to 9,000 and damaged millions of buildings.

In addition to financial aid, New Delhi plans to bolster road infrastructure along southeastern Nepal’s border area of Terai, as well as granting Nepal-Bangladesh transit through the Kakarbitta-Banglabandh corridor.

Oli is on his first state visit to India, which is the first Nepali prime ministerial visit to New Delhi in nearly five years. Modi traveled to the neighboring state in August 2014, the first such visit by an Indian leader in 17 years.