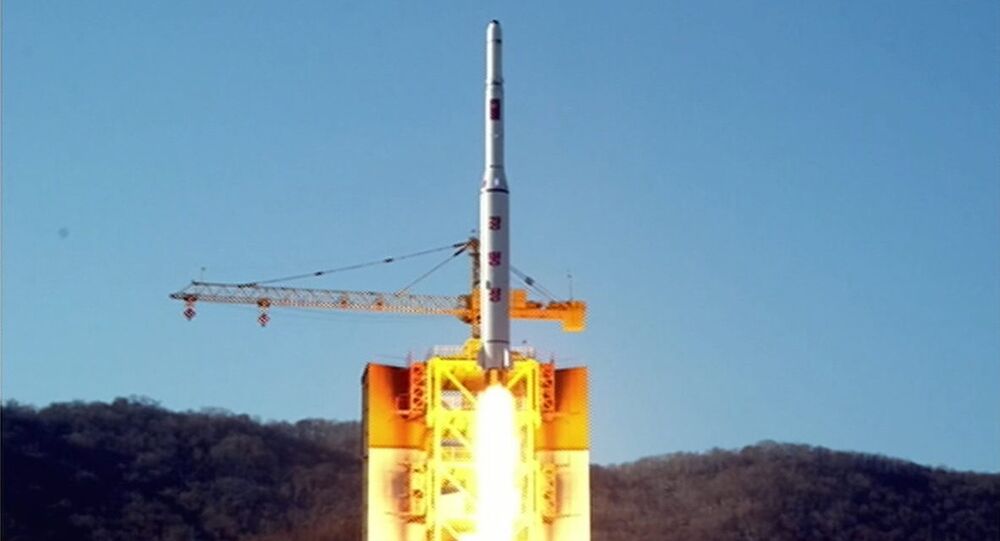 Washington will take steps to protect South Korea and other allies of the US in the region, the White House said in the wake of North Korea's rocket launch.

WASHINGTON (Sputnik) — US President Barack Obama assured the leaders of South Korea and Japan in the wake of North Korea’s weekend rocket launch that the US commitment to defend both nations and other US allies in the region was ironclad, the White House said in separate statements released on Tuesday.

"The United States stands in solidarity with the ROK [South Korea] and will take the necessary steps to fulfill our ironclad commitment to defend the ROK and our other allies in the region," Obama told South Korean President Park Geun-hye after conversation between the two leaders on Monday night.

Obama also assured Japanese Prime Minister Shinzo Abe in a Monday phone conversation about the unwavering US commitment to the security of Japan.

On Sunday, North Korea launched a three-stage rocket that placed a small satellite into orbit. Although Pyongyang said the launch was part of a peaceful effort to explore outer space, the rocket technology necessary is nearly identical to that used to deliver nuclear weapons.

The THAAD system is capable of destroying enemy missiles either before they leave earth’s atmosphere or shortly after the missiles re-enter the atmosphere. The type of missile fired by North Korea is capable of hitting all of South Korea and Japan, as well as the US states of Hawaii and Alaska.