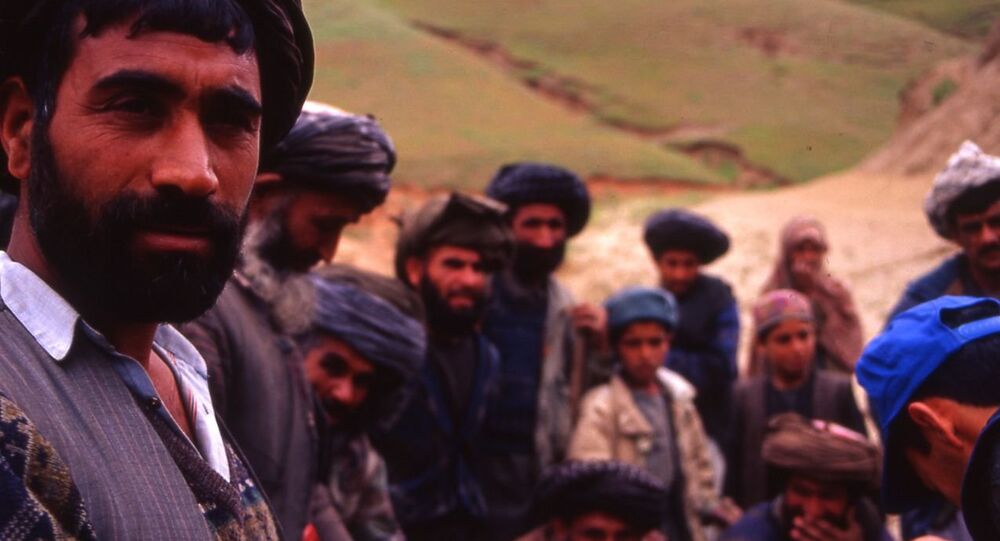 Negotiating With Terrorists: Kabul's Talks With Taliban 'Doomed to Flop'

The upcoming peace talks between the Afghan government and the Taliban are very unlikely to bring about any breakthroughs, according to prominent Afghan political analyst Seyed Ishaq Gilani.

© REUTERS / Ahmad Masood
Afghanis Cry Foul at US as Casualties Mount in War on Taliban
In an interview with Sputnik, eminent Afghan political analyst Seyed Ishaq Gilani remained downbeat about the forthcoming peace talks between the Afghan government and the Taliban, which he said are doomed to failure.

He lamented the fact that Kabul does not have any clear-cut program on ways to achieve peace in Afghanistan, and that the ISAF mission had also failed to help implement this goal.

"The presence of foreign military forces did not meet our expectations. The international community pledged a lot but failed to deliver. And neither the authorities nor those backing the Taliban managed to hammer out a full-fledged peace program," Gilani said.

He predicted that the war in Afghanistan will never show signs of abating and that the Taliban will dominate by spring, refusing to sit down for talks with weak authorities.

"I think Afghan authorities will have no chances during the talks, given that Kabul's hopes for peace are linked with Pakistan, which may fail to meet Kabul's expectations as far as Islamabad's ability to have an impact on the Taliban is concerned," he said.

According to the Afghan High Peace Council, Islamabad's participation will ensure that talks between the Pakistani government and the Pakistani Taliban will also take place.

© AP Photo / Massoud Hossaini
What Doesn't Kill You? Taliban Became Even Stronger Since US Invaded Afghanistan
The Taliban has been seeking to enforce Sharia law in Afghanistan and Pakistan since the 1990s. The group is known for numerous terrorist attacks against authorities and civilians in both countries. A number of military advances have been made by the group over recent months, including the capture of the regional capital Kunduz.

In July, Islamabad hosted the first round of peace talks between the Afghan government and the Taliban, which so far have stalled.

US Justified Escalation of Airstrikes in Afghan Unlikely to Target Taliban

Territorial Gains: How Afghan 'Ghost Troops' Only 'Made Taliban Stronger'