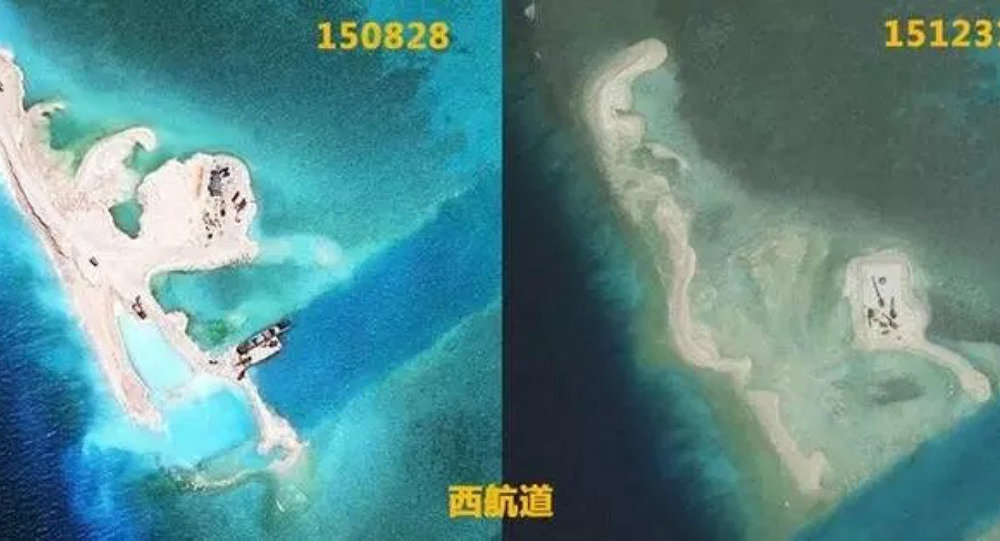 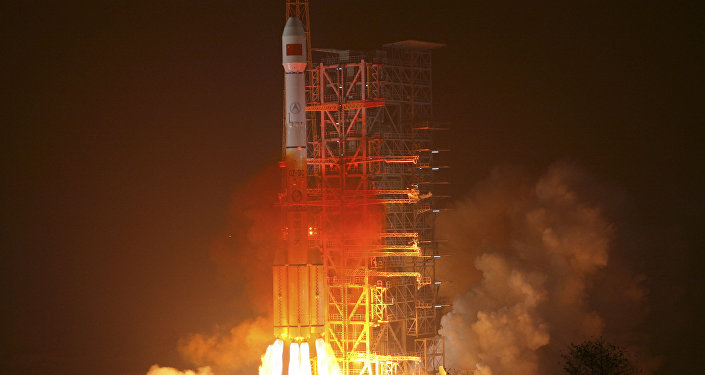 © AP Photo / Xinhua, Qian Xian'an
Get Lost, GPS: China Plans Launch of 40 Beidou Navigation Satellites
Chinese websites have published satellite images that appear to show Vietnam's construction of artificial islands in the Spratly archipelago, but also that its efforts ended up being washed away by the sea.

The publication follows pictures that were published by Chinese website Baike in December, which show the whole of the reef, including the area of reclamation.

The most recent images appear to show two islands that were built by dredging sand, which then lost their battle with the tide.

© Photo : mil.news.sina
'Reef Nanhua Jiao in the South China Sea : Before (L) and after (R) the Typhoon Jamine,' the image published by China Youth Network

"However, Vietnam's low levels of technology eventually led to the sand being washed away in a storm, and almost no progress," China Youth Network commented on Vietnam's attempts at building islands.

"In December last year typhoon Jasmine suddenly visited, which upset the Vietnamese calculations – the filled reefs were blown away by the typhoon," the website reported.

It triumphantly contrasted China's "more efficient" method of dredging up sand by using self-propelled cutter suction dredgers, rather than using a backhoe dredger like Vietnam.

"Constructing reefs is not as simple as it looks," China Youth Network concluded.

"It is very complex engineering, a test of a country's power. Not everyone can turn a small reef into an offshore airport like China."

China Daily also reported on the surfacing of the images, and entitled the story "Typhoon Blows Away Illegal Island Made by Vietnam in South China Sea."

"Typhoons are rarely seen in the region during December. It seems this Jasmine one at the end of 2015 was less than expected for Vietnam. Satellite photos taken on April 4, 2015, show that Vietnam had begun illegal construction to build a manmade island on China's Nanhua Reef," China Daily wrote. 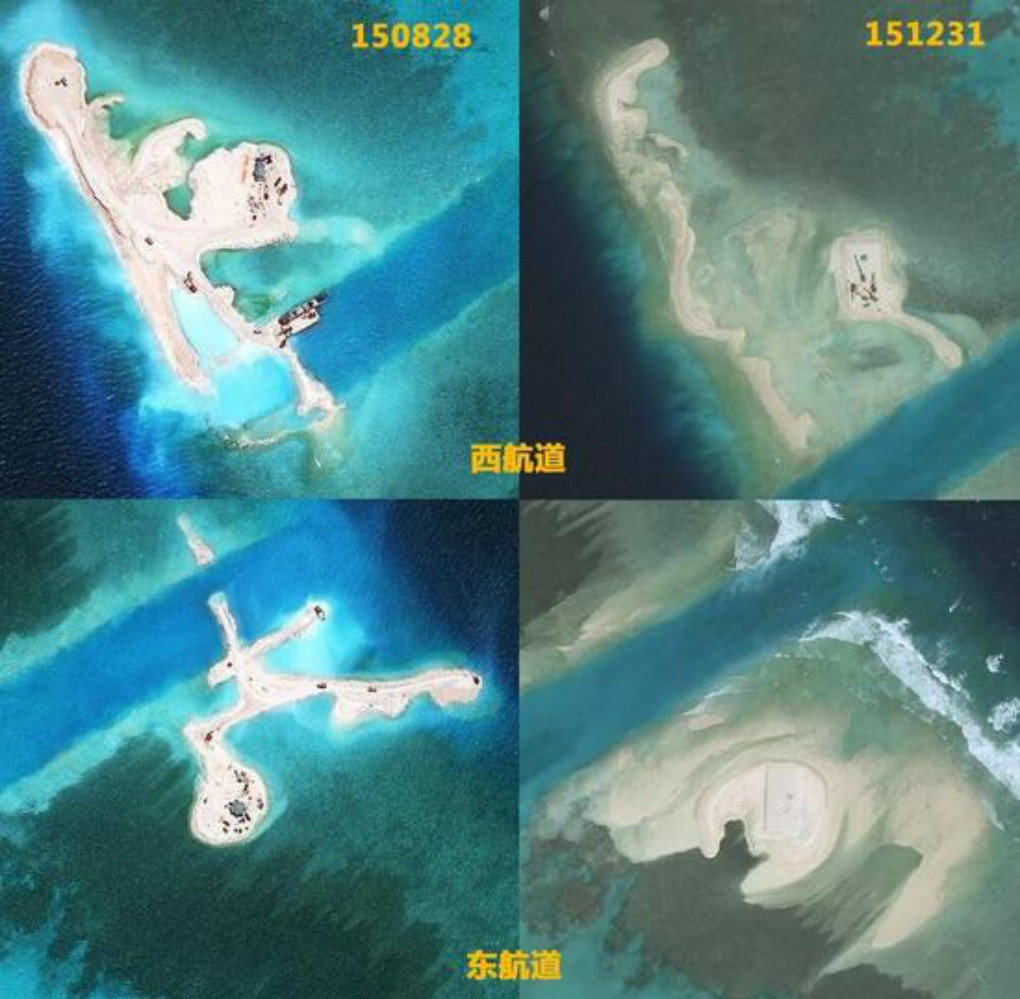 After the reports surfaced on February 2 Chinese Foreign Ministry Spokesperson Lu Kang was asked about the government's response to Vietnam's attempts at constructing the two islands in part of the South China Sea that is claimed by China.

"We have reiterated on many occasions our position on the issue of the South China Sea," Lu Kang said.

"We have indisputable sovereignty over islands in the South China Sea and their adjacent waters. This position remains unchanged. We maintain that disputes with neighboring countries over the Nansha Islands should be resolved through bilateral and friendly consultations."

© AFP 2019 / POOL / RITCHIE B. TONGO
Beijing Wants Philippine Troops out of Disputed South China Sea Islands
China, and also Taiwan, claim that all of the Spratly Islands and the nearby Paracel archipegalo are located within its territorial waters in the South China Sea. However, Vietnam also claims ownership of the islands, and that it has ruled over them at least since the 17th century.

The Philippines and Malaysia also claim that some of the Spratly Islands are located within their territorial waters, and Brunei claims some territory in the South China Sea.

Vietnam Warns China Not Drill for Oil in Disputed Area