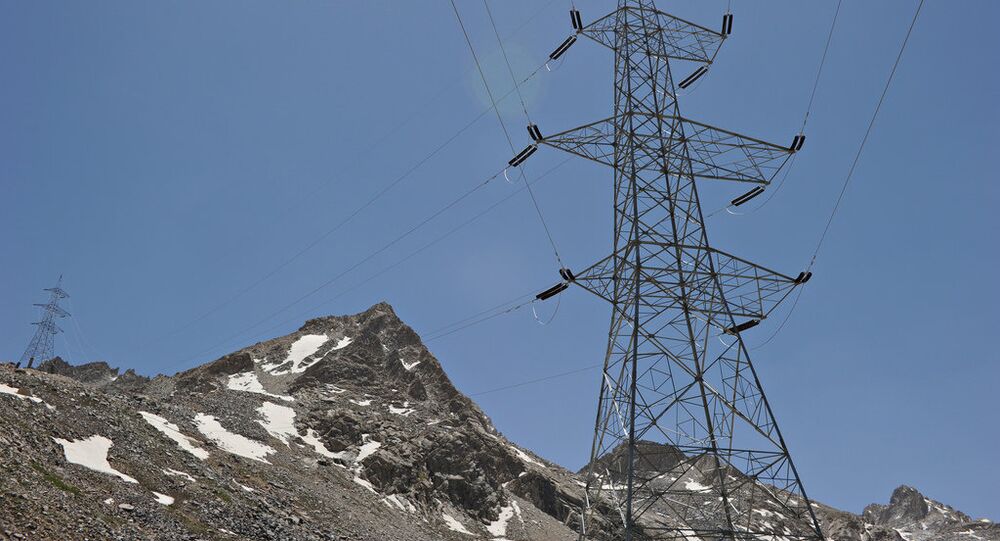 Afghanistan's government has grown increasingly frustrated with delays on power line repairs, as the military has been unable to launch an operation against Taliban in the area, citing fog and inclement weather.

Afghanistan's government has become increasingly frustrated by the Taliban's increasingly daring moves to cut power lines in the country.

The country has been unable to restore a power line in the north of the country, cut by the Taliban on January 27. The line supplies electricity from Uzbekistan, providing the Afghan capital Kabul with nearly half of its total power needs. Afghanistan has thus far been unable to repair the line, and Kabul has resorted to cutting power by six hours per day.

"What can we do? We are powerless! The whole problem is the absence of the level of security needed for the country's infrastructure to function," Afghanistan energy ministry spokesman Abdoulbasid Abdi told Sputnik Dari.

© AP Photo / Ishtiaq Mahsud, File
Haunting Extremism: As Taliban is Getting Divided It is ‘Going for Soft Targets’
Abdi added that the areas where the power lines lie, in the Kunduz and Baghlan provinces of the country, remain unsafe for both the ministry and the power company. The Taliban previously briefly occupied Kunduz, forcing a battle with Afghan and US forces, which led to the US bombing of a Doctors Without Borders hospital.

"Let's say Breshna wants to repair lines destroyed by the Taliban, but the territory around them is already mined? We could lose our workers! There is no guarantee that after the line is repaired, they won't be destroyed again," Abdi told Sputnik Dari.

Afghanistan's defense ministry said that it was ready to provide security for the repairs, although it did not specify concrete terms. An operation was apparently launched on Tuesday, according to Stars and Stripes.

National power utility De Afghanistan Breshna Sherkat previously said that the Taliban completely destroyed one of the lines and intend to destroy more. It also blamed poor weather, including fog, on the delays.

Scandinavia to Eject Refugees, Pay Morocco, Afghanistan to Deal With Them