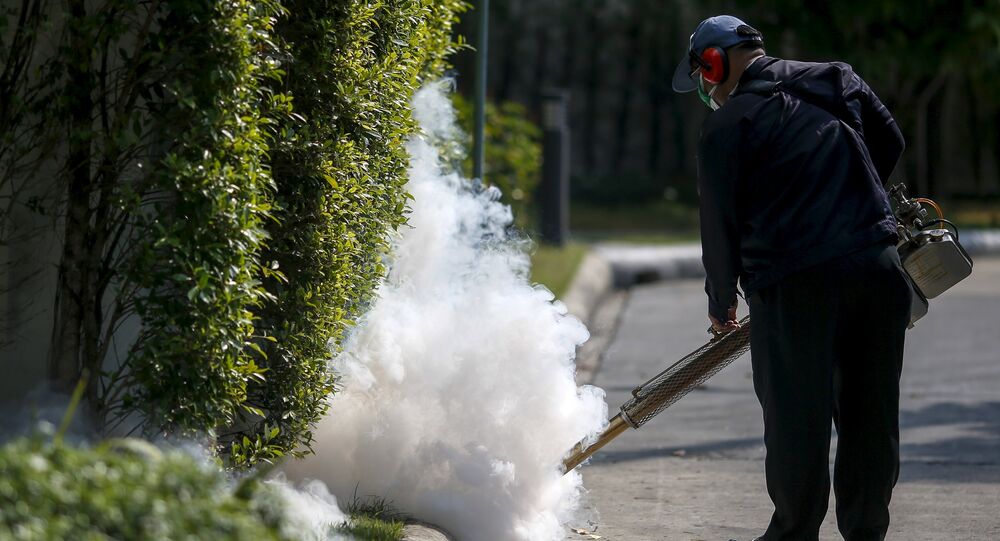 Thailand has no outbreak of the Zika virus, declared by the World Health Organization (WHO) a global health concern, even though the country confirmed the first case of the desease four years ago, the Thai Ministry of Public Health said.

© Flickr / Katja Schulz
Ireland Confirms First Zika Virus Cases – Health Authorities
BANGKOK (Sputnik) – Thailand detected its first Zika case in 2012 and has recorded an average of five cases a year since then, the ministry said in a statement on Tuesday. One case of the desease was already registered in 2016.

The ministry has urged the population not to panic over media reports about the spread of the virus in other countries, adding that all Zika cases in Thailand were one-offs.

The ministry has announced a preventive measures campaign against spread of the Zika virus, including the introduction of system of diagnostic scanning of passengers at airports, supplying hospitals with all instructive materials to detect Zika at early stages and disinfection measures at places of reproduction of the mosquitoes spreading the virus.

The Zika virus is transmitted by daytime-active mosquitoes and causes a mild illness known as Zika fever in humans. The virus is especially dangerous for pregnant women as it carries the increased risk of microcephaly, or neurological development issues, in newborn babies.

The UN health agency warned last week that the virus was "spreading explosively" in the Americas, with up to 4 million cases expected in the region in 2016.