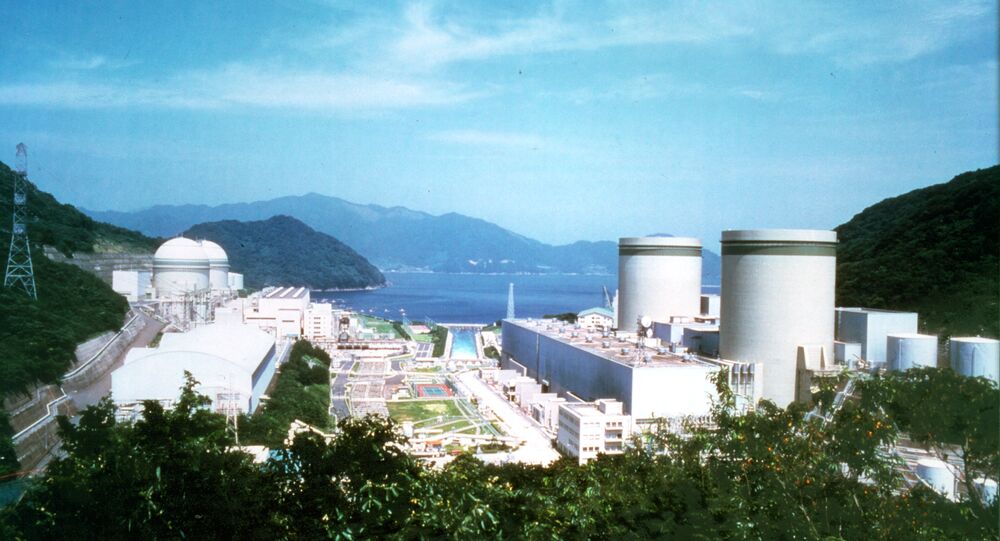 Tokyo started up on Friday its third nuclear reactor at the Takahama Nuclear Power Station in the western prefecture of Fukui after a shutdown triggered by the Fukushima disaster, the Kansai Electric Power Company said in the statement.

TOKYO (Sputnik) — Before the Fukushima accident in 2011, some 30 percent of Japan's energy needs were met by nuclear power. At the moment, the work of 45 out of 48 nuclear reactors in the country is still halted, with two plants previously restarted at Sendai in August and September, 2015.

© AFP 2021 / Toshifumi Kitamura
Red Alert! Radiation Spike Registered Under Fukushima Nuclear Plant
"We started up the no. 3 reactor at our Takahama Nuclear Power Station at p.m. 17:00 [08:00 GMT] today… We will carefully make steps forward to the resumption of commercial operation of our nuclear power plants under an enhanced system of oversight," the statement reads.

The Takahama plant is the first of the fast-breeder type of reactors that operate on uranium-plutonium mixed oxide fuel to become restarted.

In March 2011, a 9.0-magnitude earthquake hit northeastern Japan. A 14-meter tsunami followed the tremors, flooding four out of the six reactors at the power plant Fukushima-1 and disabling their cooling systems. It became the largest nuclear-related accident in 25 years, since the Chernobyl disaster.