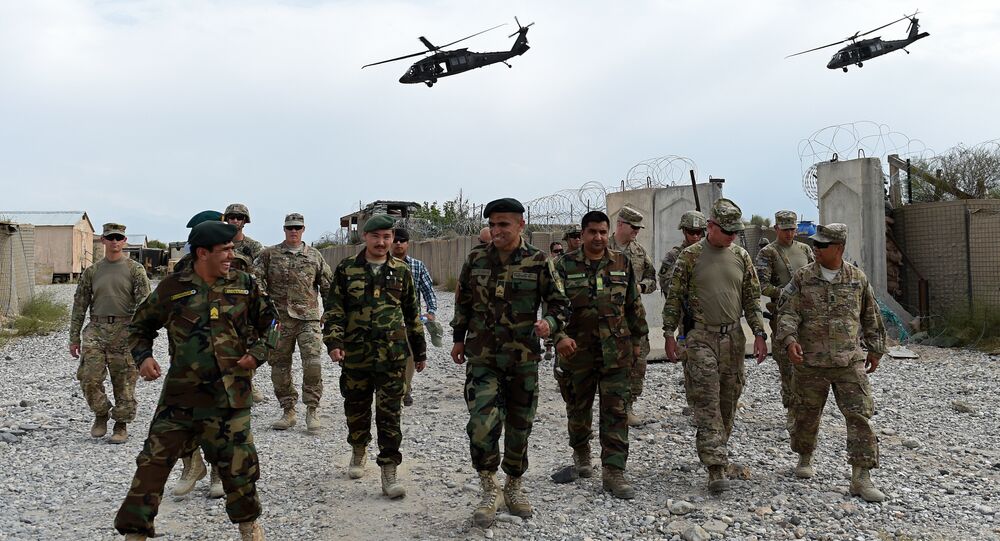 Afghan National Engineer Brigade (NEB) is incapable of operating independently, according to the report of Special Inspector General for Afghanistan Reconstruction (SIGAR).

© AP Photo / Rahmat Gul
US $822Mln Task Force to Boost Afghan Business Failing - Special Inspector General
WASHINGTON (Sputnik) — The Afghan army’s engineering corps is unable to function without support despite efforts by the US military to train them, Special Inspector General for Afghanistan Reconstruction (SIGAR) said in a press release on Thursday.

"SIGAR published an audit of the Afghan National Engineer Brigade (NEB) that found despite US training efforts, the brigade is incapable of operating independently," the release stated.

US Forces Afghanistan, the release added, "was unable to achieve its goal of training the… NEB to a ‘partially capable’ level by December 31, 2014."

According to SIGAR’s audit, many of the same issues that plagued US efforts with the Afghan army also bedeviled the engineering training program, including unstable security conditions, poor reading comprehension skills and absences due to holiday leaves and political events.

© AFP 2021 / AHMAD AL-RUBAYE
Profit Fueled? Defense Contractors to Make Billions Off US Troops in Syria
The US Department of Defense, the release noted, were overly optimistic in forecasting that the NEB could be partially capable within eight months and fully capable within ten.

A Defense Department official told SIGAR that the US military does not even know the number of NEB personnel within each unit, which is still missing much of at least $29 million in vehicles and equipment.

SIGAR has previously reported that the Defense Department has wasted billions on training and reconstruction efforts since the mission began in Afghanistan because of poor oversight, mismanagement, corruption and fraud.

All US Reconstruction Aid in Afghanistan ‘At Risk’ Without Better Oversight