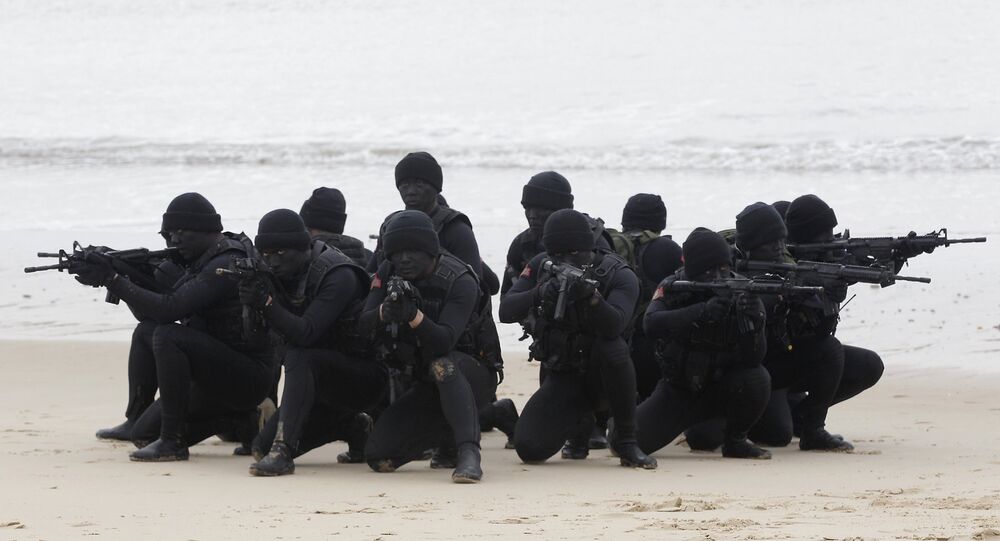 Amid Chinese demonstrations of its growing influence in the South China Sea, Taiwan is staging a massive military exercise.

Beginning Tuesday, Taiwanese military drills began on the island of Kinmen, ending on Wednesday. Included were knife-fighting and explosives demonstrations by the Army’s Amphibious Reconnaissance Battalion (ARB), as well as amphibious assaults along the island’s beachfront.

Air defense exercises were conducted by the 455th Tactical Fighter Wing, which operates out of Chiayi Air Force Base. Flight capabilities of Taiwan’s F-16 fighter fleet were demonstrated, as were the loading of AIM-9 Sidewinder and AIM-120 air-to-air missiles.

Having bought three EC225 Super Pumas for $111 million in 2010, the air force also displayed its helicopter fleet, including the EC225s and a Sikorsky S-70C Blue Hawk.

Naval demonstrations included anti-submarine warfare (ASW) drills, carried out by the 124th Fleet. These exercises included a Kidd-class destroyer and La Fayette frigate acting in conjunction with a S-70C helicopter.

© REUTERS / PICHI CHUANG
Flares are set off from a Taiwan navy missile ship.

The exercises are timed to take place ahead of the Chinese New Year on February 8, and intended to instill confidence in Taiwanese citizens. The island views itself as independent, but Beijing views Taiwan as part of its own territory.

© Sputnik / Alexander Vilf
US, Taiwan Officials to Meet Despite Warnings From China

The Democratic Progressive Party (DPP), Taiwan’s pro-independence party, recently won massive election victories. Tsai Ing-wen, the first female president of the country, will be inaugurated in May, after running on a campaign strongly opposing Chinese rule.

The exercises come amid rising tensions in the South China Sea. Beijing’s construction of artificial islands in the Spratly archipelago has led to an intense outcry from Washington.

While China maintains that it has every right to build within its own territory, and that its Spratly installations will be used primarily for humanitarian purposes, the US has taken aggressive steps to assert its dominance in the region. The Pentagon has coordinated a number of joint military drills in the region, and launched naval patrols within the territorial limit of China’s land reclamation projects.

A highly contested region through which nearly $5 trillion in trade passes annually, Beijing lays claim to most of the South China Sea. There are, however, contradicting claims by Indonesia, the Philippines, Vietnam, Brunei, Malaysia, and Taiwan.