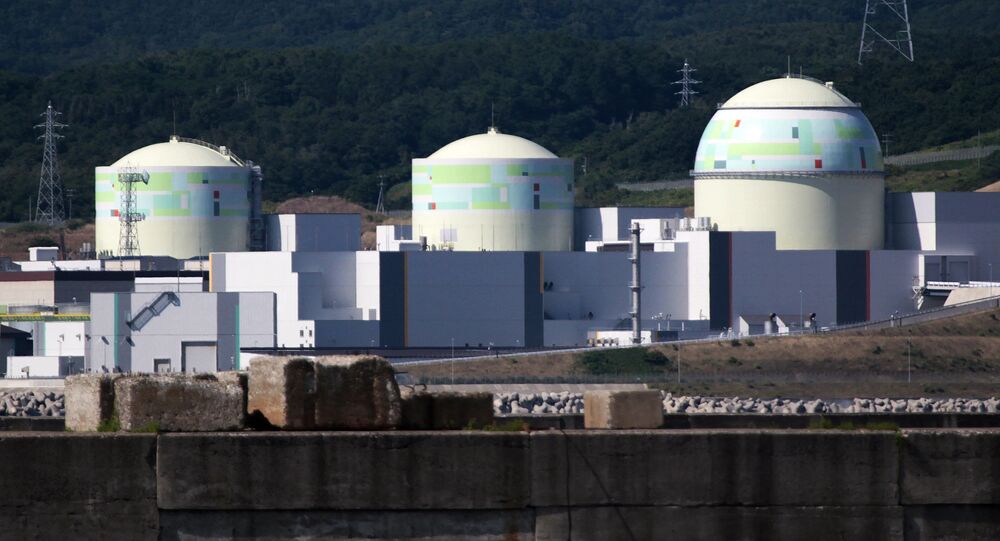 The Japanese regulatory body for nuclear and radiation safety should increase the level of staff training and technical equipment at nuclear power plants in the country ahead of their upcoming restart, the International Atomic Energy Agency (IAEA) said Friday.

VIENNA (Sputnik) — Before the Fukushima accident in March 2011, some 30 percent of Japan's energy needs were met by nuclear power. At the moment, the work of all 48 nuclear reactors in the country has been halted. Some 20 reactors at 13 Japanese nuclear power plants are being assessed for compliance to the new country's safety standards, introduced in the summer of 2013.

© AFP 2020 / KAZUHIRO NOGI
Suicide Rate Among Japan's Fukushima Disaster Evacuees Grows in 2015
Four years ago, on March 11, 2011, a 9.0-magnitude earthquake hit northeastern Japan. A 14-meter tsunami followed the tremors, flooding four out of the six reactors at the power plant Fukushima-1 and disabling their cooling systems. It became the largest nuclear-related accident in 25 years, since the Chernobyl disaster.

Measures to complete elimination of the consequences of the disaster, including the dismantling of the reactors, were estimated to take about 40 years.