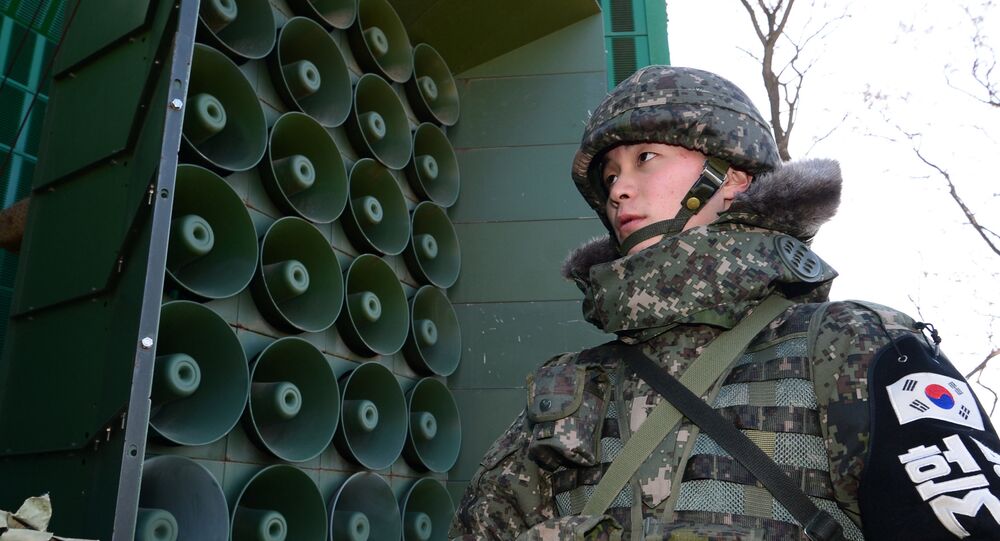 Despite the official end of psychological warfare between North Korea and South Korea, officials in Seoul say the north continues sending propaganda leaflets into the South via balloons.

Officials say the North has sent about 1 million pro-Pyongyang leaflets carried by balloons into the South. These efforts come after North Korea detonated a weapon it claims to have been a hydrogen bomb earlier this month.

© AFP 2020 / KIM JAE-HWAN
US Demands From China to Stop Deliveries of Petrochemicals to North Korea
South Korea’s Defense Ministry claims the North has been sending its balloons on a near-daily basis since the test.

In response to the test, the South revamped its efforts to broadcast anti-Pyongyang propaganda and K-Pop songs via loudspeakers at the border, in an effort to demoralize North Korean soldiers and civilians’ support of the dictator Kim Jong-un.

The two parties officially agreed to end psychological warfare in 2004 to reduce tensions. South Korean activists, however, have been known to send leaflets promoting anti-government propaganda into the North

Although several analysts doubt North Korea detonated a hydrogen bomb on Jan. 6, they are confident the North tested a nuclear device which enhances their capabilities of developing a nuclear arsenal.

In response to the test, the United Nations Security Council pledged to pursue tougher sanctions on Pyongyang. However, it’s unclear whether China will jump on board. China, which is North Korea’s most important ally, is a permanent member of the Security Council with power to veto resolutions.

North Korea and South Korea have been engaging in Cold-War-style standoff since their war in the 1950s ended via an armistice rather than an official peace treaty. The two technically remain at war, and a force of more than 28,500 American troops is stationed in South Korea as a deterrent.

Kerry to Visit Beijing for Talks on Situation in North Korea