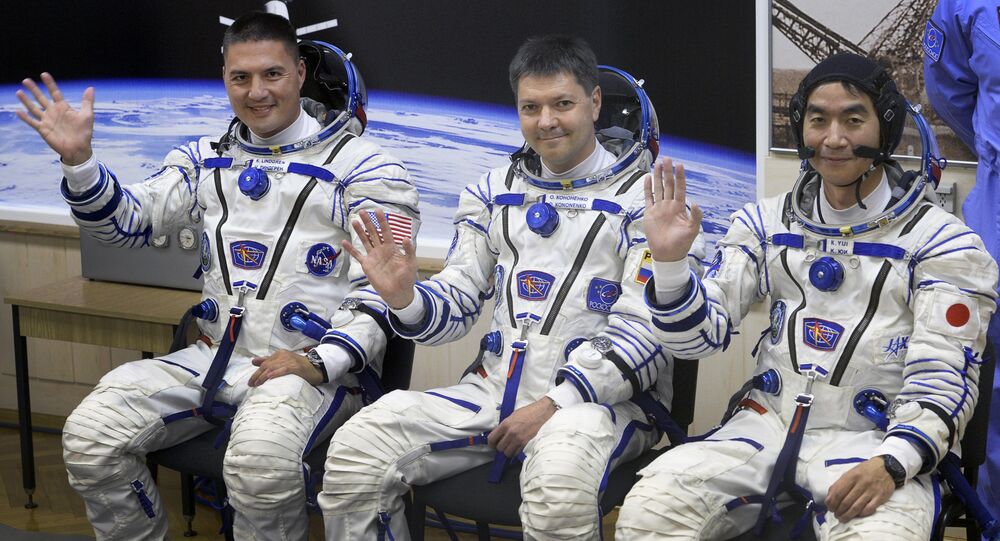 Kimiya Yui, a Japanese astronaut and a retired Lieutenant-Colonel in the Japan Air Self-Defense Force said he had learned the Russian language to serve as a link between Japan and Russia, NHK reported on Saturday.

“I have learned Russian and would like to serve as a bridge between our countries’ space communities,” Kimiya Yui said during a news conference in Star City outside Moscow.

Last year Kimiya Yui spent 142 days on board the International Space Station with his Russian and American colleagues.

© Photo : federalspace.ru
Japan Will Continue Using ISS Until 2024
Speaking fluent Russian, Kimiyo Yui said that he was “ready to fly to space again any time,” but added that it was now the turn of his fellow countryman, Takuya Onishi, to fly to the ISS.

Kimiya Yui said that the successful docking of a Japanese cargo ship with the space outpost with the help of a robotic arm was “forever etched” in his memory.

Their return wrapped up 142 days in space since their launch in late July.