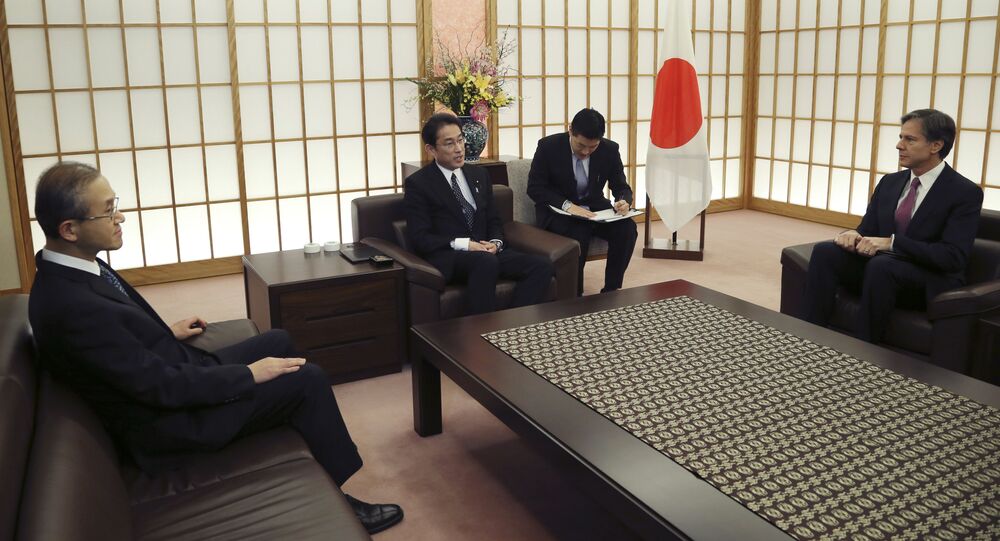 © AFP 2021 / KIM JAE-HWAN
New US Sanctions to Have Zero Impact on North Korea
TOKYO (Sputnik) — Last week, an earthquake was felt all across the Korean peninsula, prompting Seoul's suspicions that Pyongyang had performed another nuclear test. Just hours later, North Korea confirmed that it had indeed tested a hydrogen bomb, and that it was successful.

"Three countries — Japan, the United States and South Korea — must be united to respond to the provocative actions of [North] Korea," Kishida was quoted by the Kyodo news agency.

During talks in Tokyo earlier on Friday, the three sides confirmed they would continue working closely together to take resolute action against Pyongyang, particularly, to seek a UN Security Council resolution.

In 2003, Pyongyang withdrew from the international Nuclear Non-Proliferation Treaty (NPT), a deal that was intended to prevent the spread of nuclear weapons manufacturing and possible use worldwide.

In 2005, North Korea declared itself a nuclear power. So far, it has conducted four underground nuclear weapon tests — in 2006, 2009, 2013 and 2016, raising concerns of both the neighboring states and the international community, and prompting the UN Security Council impose sanctions against Pyongyang.