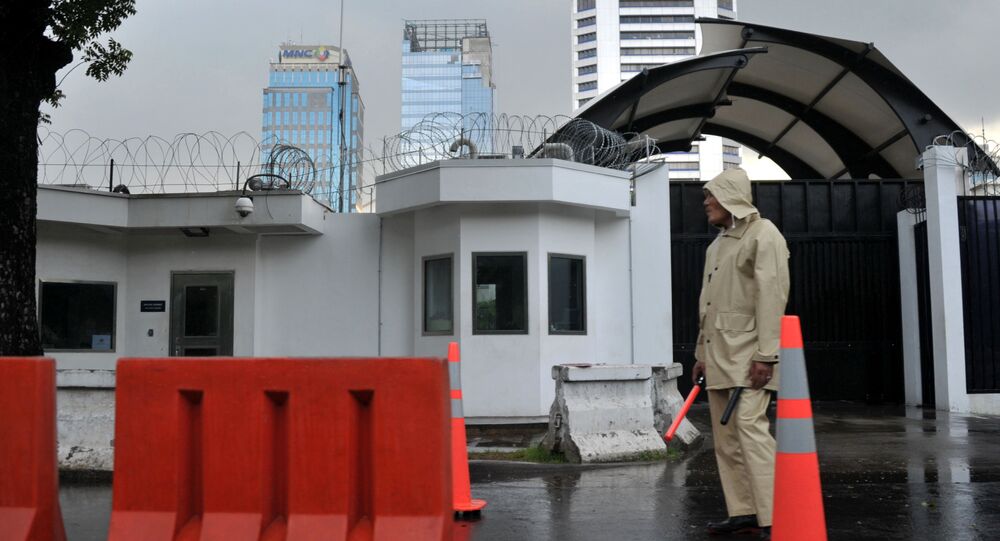 While the US Embassy in Indonesia will keep it's doors closed on January 15 following a spree of attacks across Jakarta, the Russian diplomatic mission will continue working on schedule.

BALI (Sputnik) – The US Embassy in Indonesia will remain closed for the remainder of Friday one day after a series of explosions hit the island republic’s capital, the US Embassy said, while the Russian diplomatic mission will remain open.

"As a precaution, the US Embassy will be closed on Friday, January 15, for regular visa appointments and normal American citizen services," the US mission said in a security message for its citizens.

At least 10 people were killed in a series of blasts carried out by assailants armed with rifles and explosives aboard motorcycles. Up to 26 people have been wounded and seven have died, according to national police accounts.

The Russian Embassy in Jakarta will work as normal, a Russian press attache told RIA Novosti by phone.

Daesh, a group banned in a number of countries including Russia and the United States, has claimed responsibility for the attacks.

Indonesian leader Joko Widodo classified the six to seven explosions as acts of terrorism and national security forces boosted their readiness to the highest level in response to the attacks.

Starbucks Shuts All Jakarta Coffee Shops After Series of Explosions