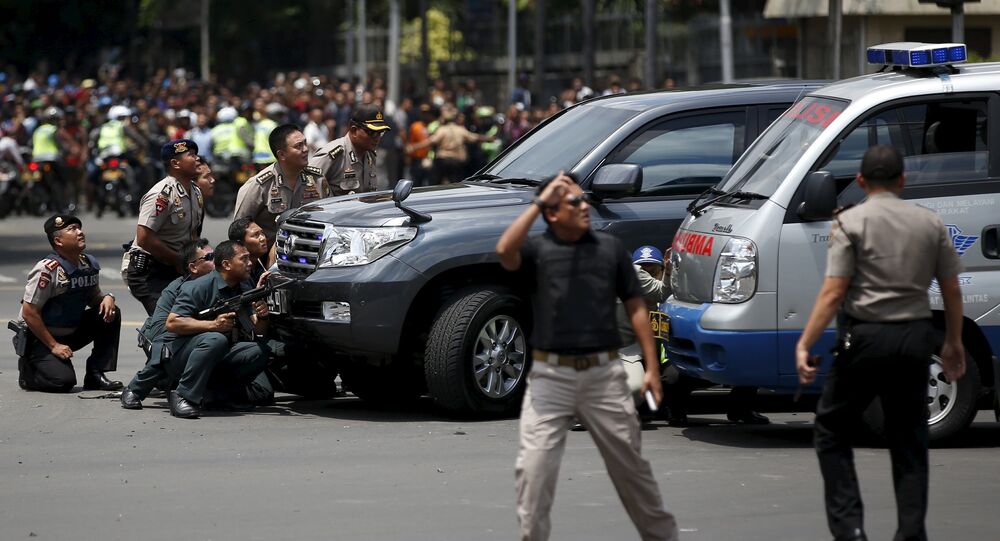 Police are saying the Jakarta terror attack is ISIS-related

​One of the explosions occurred outside the United Nations building in the city center.

A massive #bomb went off in front of our new #Indonesia office as @collie_brown & I exit car. Chaos & we're going into lock-down

Apparent #suicidebomber literally 100m from the office and my hotel. Now gunfire

​According to Douglas, there have been a total of six blasts in Jakarta, one of them apparently carried out by a suicide bomber.

Photographs of the scene of the explosion outside the Sarinah shopping center, posted by the city police on Twitter, show three bodies lying on the ground.

​There also have been multiple reports of gunfire and at least one active shooter on the scene.

An ABC journalist reported that the attackers came in on motorcycles throwing grenades.

Video via @jokoanwar pic.twitter.com/tizTR0woXb close to scene of multiple bombings in Jakarta Indonesia

Fourteen People Killed in Collision Between Train, Bus in Jakarta