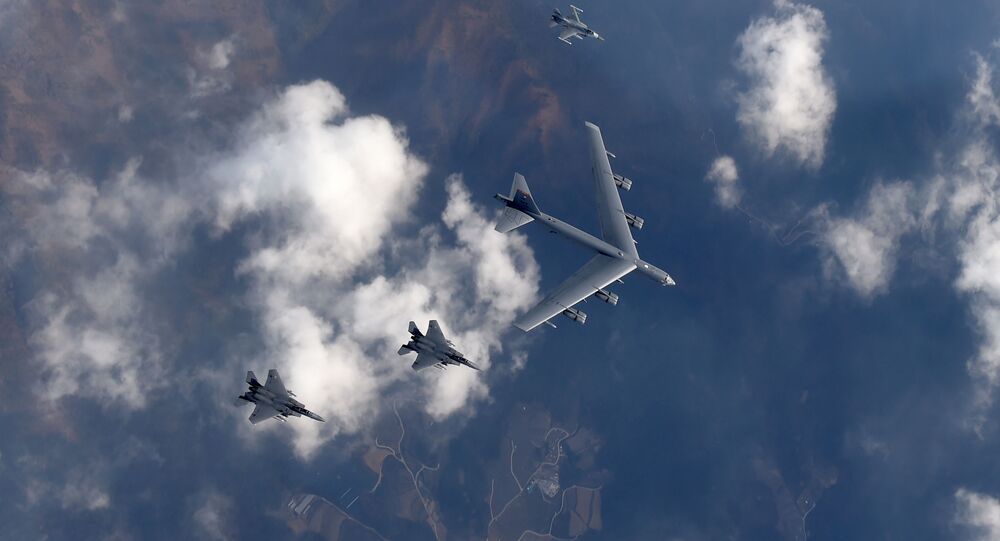 The United States flew a B-52 strategic bomber over South Korea amid an alleged recent nuclear test carried out by Pyongyang, the US Armed Forces said in a statement on Sunday.

© AFP 2020 / EPA PHOTO/PA/TIM OCKENDEN
US Transfers Strategic Bomber to South Korea After DPRK Nuclear Test
Earlier in the day, Korean media reported that the bomber had left the US military base in Guam in the Pacific Ocean and reached South Korea’s Gyeonggi province.

"This was a demonstration of the ironclad US commitment to our allies in South Korea, in Japan, and to the defense of the American homeland," Adm. Harry B. Harris Jr., commander of the US Pacific Command said, as quoted by The Wall Street Journal.

The aircraft, capable of carrying nuclear cruise missiles and up to 31 metric tons of bombs, was joined by two US and South Korean fighter jets, Harris added.

According to the military official, the US bomber flew over the Osan airbase located some 45 miles from the inter-Korean border.

On Wednesday, Pyongyang claimed it had carried out its first hydrogen bomb test. The international community has condemned the test as provocative and undermining stability in the region.