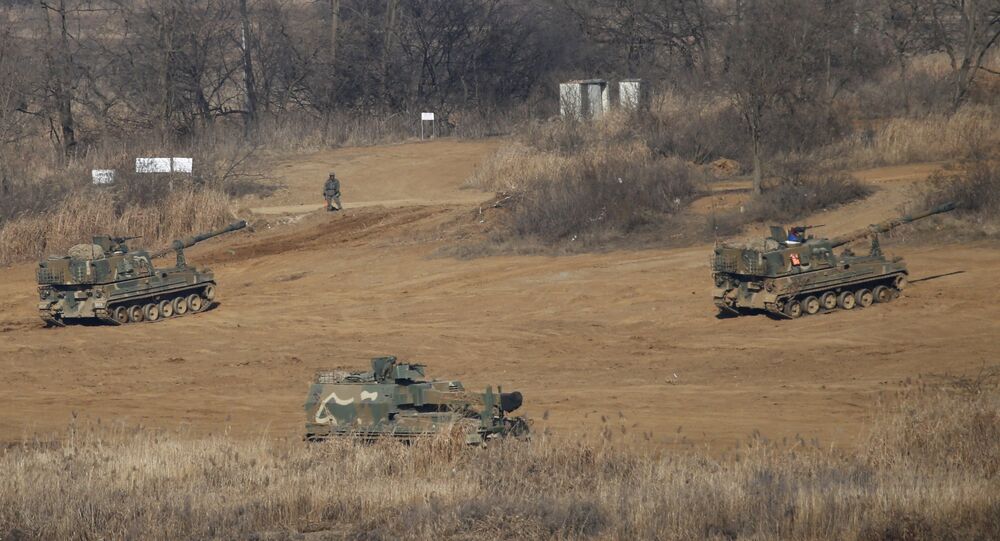 South Korea is ready to protect the sites where it placed loudspeakers to send propaganda messages to North Korea.

MOSCOW (Sputnik) – South Korea has raised its combat readiness level to high alert along the border with North Korea where Seoul has placed numerous loudspeakers to send propaganda messages beginning at noon local time (18:00 GMT) on January 8, Yonhap cited a source in the South Korean Armed Forces as saying Thursday.

“Before the renewal of broadcasts over the loudspeakers placed in 10 areas and directed at North Korea at 12:00 p.m. on January 8, combat readiness has been raised to the highest level,” the source told the agency.

© REUTERS / Kim Hong-Ji
North Korea’s H-Bomb Test: Was It for Real?
On Wednesday, South Korean media reported an earthquake near a North Korean nuclear facility. Later in the day, Pyongyang announced it had tested a hydrogen bomb. The incident has received widespread international condemnation.

South Korea abandoned the practice of broadcasting propaganda over the border over a decade ago, briefly resuming it last summer over armed confrontation with its neighbor.

South and North are still formally at war, as no peace treaty was ever signed after the Korean War of 1950-1953.