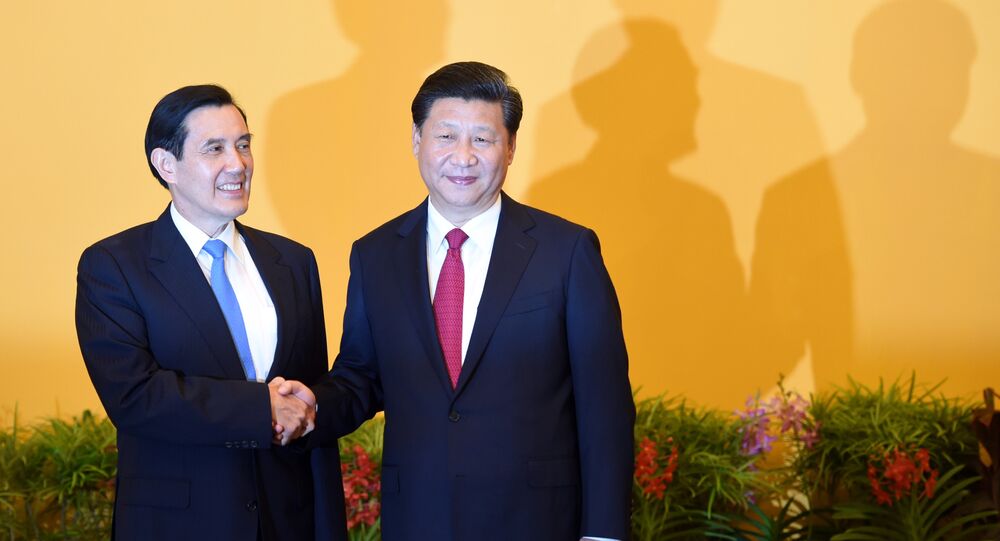 China’s relations with Taiwan are headed toward "complicated changes" in 2016, the director of the Chinese State Council’s Taiwan Affairs Office said in New Year’s Eve greetings published on Thursday.

MOSCOW (Sputnik) – The warning came a day after mainland and Taiwanese officials officially contacted each other via a newly established hotline, and a month after the first meeting between the two countries’ leaders since 1949.

Zhang expressed hope that their relations would continue along the "road of peaceful development" and progress achieved in 2015.

"Compatriots on both sides [must] be highly vigilant and work together to oppose ‘Taiwanese independence’ and undermine peace and stability in the Taiwan Strait," he underscored.

China does not recognize Taiwan as an independent entity, citing the one-China principle agreed to in a provisional 1992 consensus.

This Year's Biggest Cyclone Heads for Japan, Taiwan, and China