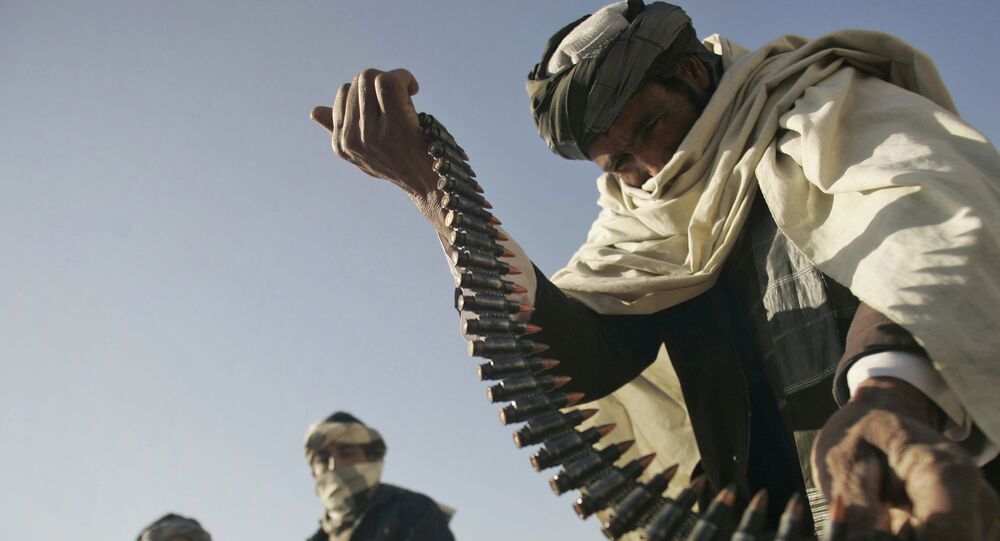 While Fighting Daesh, US Misses Rise of al-Qaeda in Afghanistan

While the United States and others are busy fighting Daesh (Islamic State) and the Taliban, another terrorist group, al-Qaeda, is currently re-emerging in Afghanistan, Eric Schmitt and David Sanger wrote for the New York Times.

According to the Pentagon and US intelligence agencies, al-Qaeda training camps are beginning to come back into existence across Afghanistan.

"I do worry about the re-birth of AQ [Al-Qaeda] in Afghanistan because of what their target list will be — us," said Michael Morrell, a former deputy director of the CIA, as cited by the New York Times.

The discovery of al-Qaeda camps in Afghanistan shows the ineffectiveness of the US military and their inability to drive the terror group out of the country after more than 14-years being in the country, the New York Times article said.

© REUTERS / Stringer
US, Afghan Military Destroy Several al-Qaeda Sites in Afghanistan
Al-Qaeda militants carried out attacks not only in Afghanistan, but also outside of the country, as it happened in September 2014 when a group of al-Qaeda militants tried to hijack a Pakistani Navy frigate and use it to attack US Navy vessels in the northwestern Indian Ocean, the New York Times reported.

The emergence of new al-Qaeda camps comes as security in Afghanistan declined significantly over the past six months with al-Qaeda, the Taliban and Daesh taking advantage of instability in the country and launching their attacks against the country's big cities.

The only good thing, at least for now, amidst all the chaos in Afghanistan is that Daesh and Taliban are at least in conflict with one another.