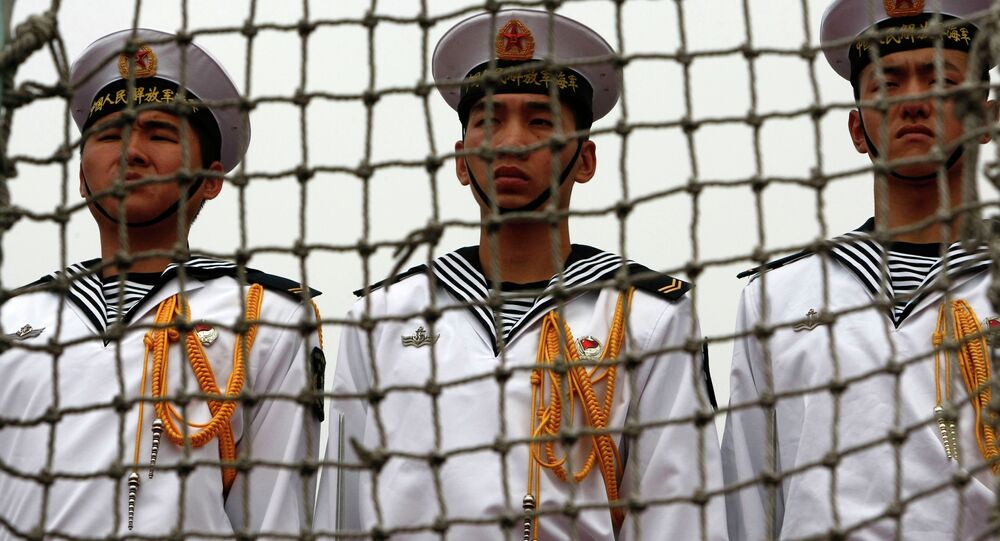 The PLA daily, the Chinese military newspaper, on Sunday reported that the vessels were commissioned a day earlier in a ceremony held at an unspecified naval port, said to be in the South China Sea.

According to IHS Jane's Fighting Ships, the 6,096-tonne boat has an overall length of 130 meters, an overall beam of 16.4 meters, and a hull draft of 6.5 meters. The ship has a top speed of 20 knots and can carry a crew of 250 and one medium helicopter. The Dongdiao-class is armed with one 37 millimeter and two 14.5 millimeter guns.

Two other ships inducted on the same day include a supply ship and a survey vessel, the PLA Daily reported.

The commissioning of the Neptune will further bolster the PLAN's sea-going intelligence collection and missile range instrumentation capabilities. Recent developments suggest that Beijing is stepping up its naval intelligence gathering operations amid a territorial dispute in the South China Sea.

Beijing claims sovereignty over nearly all of the South China Sea, but the Philippines, Brunei, Malaysia, Vietnam and Taiwan have overlapping claims.