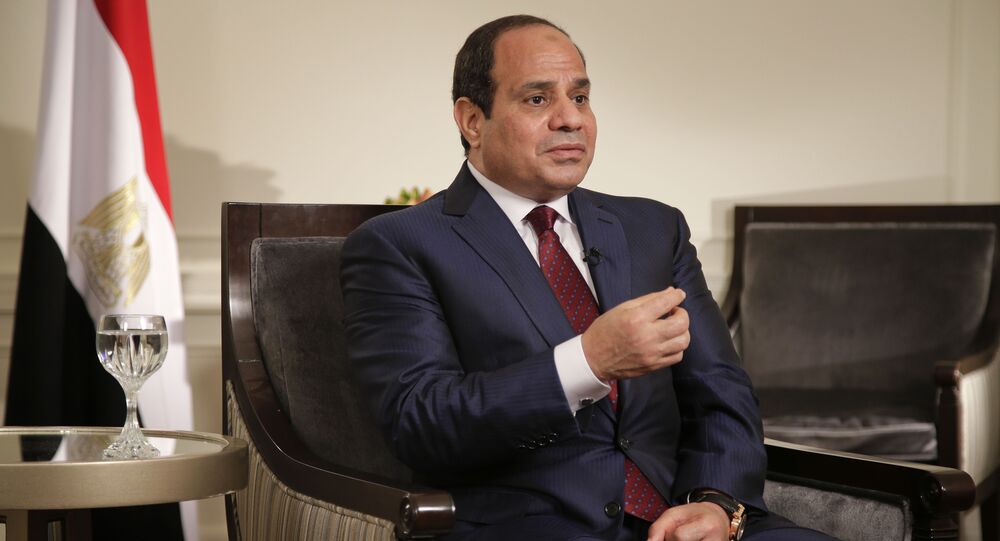 Newly established Egyptian anti-corruption committee will draft an urgent report on corruption, submit it to the president and then release report to general public, according to media reports.

© AFP 2021 / KHALED DESOUKI
Egypt Braces as Mubarak Corruption Retrial Gets Underway in Cairo
The committee will consist of representatives of justice, interior, planning and finance ministries, in addition to Central Auditing Organization (CAO) deputy chief Hisham Badawi, Ahram Online reported. The committee is expected to be headed by the chief of the Administrative Control Authority, according to the media.

According to the media, the committee will draft an urgent report on corruption and submit it to the president. The report will then be released to the general public.

The news comes following an allegation by CAO head Hisham Geneina on Wednesday that corruption from 2012 to 2015 cost the country 600 billion Egyptian pounds ($76.7 billion). Geneina said that CAO officers would make sure to submit annual reports to concerned authorities, including the presidency.