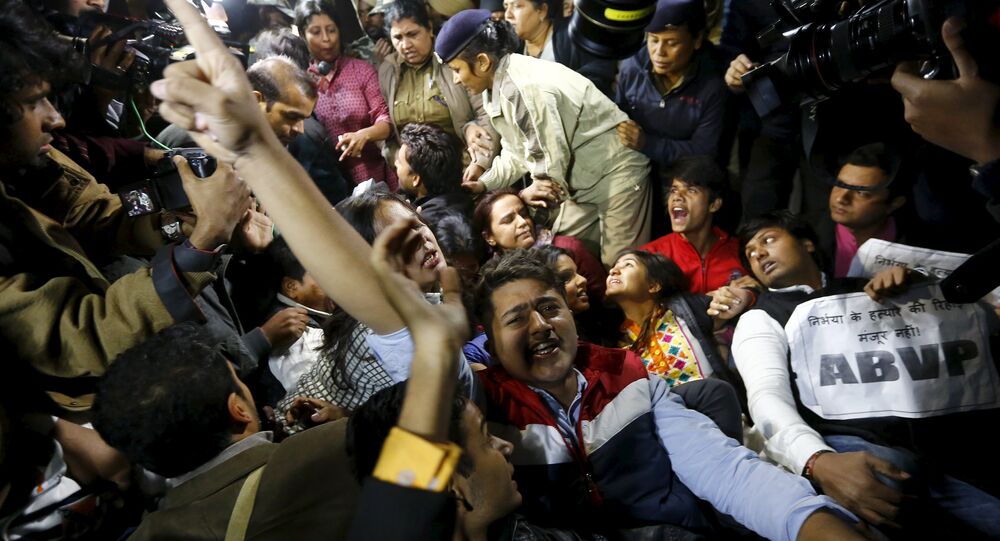 The release of a 20-year-old convicted as part of a fatal gang rape attack case in 2012 sparked protests in New Delhi, local media reported Monday.

MOSCOW (Sputnik) — One of the six men convicted in the attack that happened on board a bus in India was released Sunday after completing his three-year sentence in a reform home, following a decision by Delhi's High Court.

© AFP 2020 / Manjunath KIRAN
BBC Rape Documentary Issue to Be Discussed Between India, Company
The protesters on Sunday demanded that he remain in custody unless there was evidence he had been reformed, according to The Hindustan Times newspaper.

In 2012, four men were convicted of rape and murder following the attack that left the 23-year-old victim and her male companion in intensive care and led to the female victim dying from injuries in two weeks.

The rapist, who was a few months short of turning 18 at the time of the crime, was convicted in 2013 and sent to a correctional facility for three years.

"In spite of all our efforts, the juvenile is free today. I regret it deeply," said Badrinath Singh, the victim's father, leading the protests. The crowd shouted, "Shame, shame."

Legal appeals against the four adults’ death sentences are pending in India’s Supreme Court. A fifth man involved in the case committed suicide in prison.