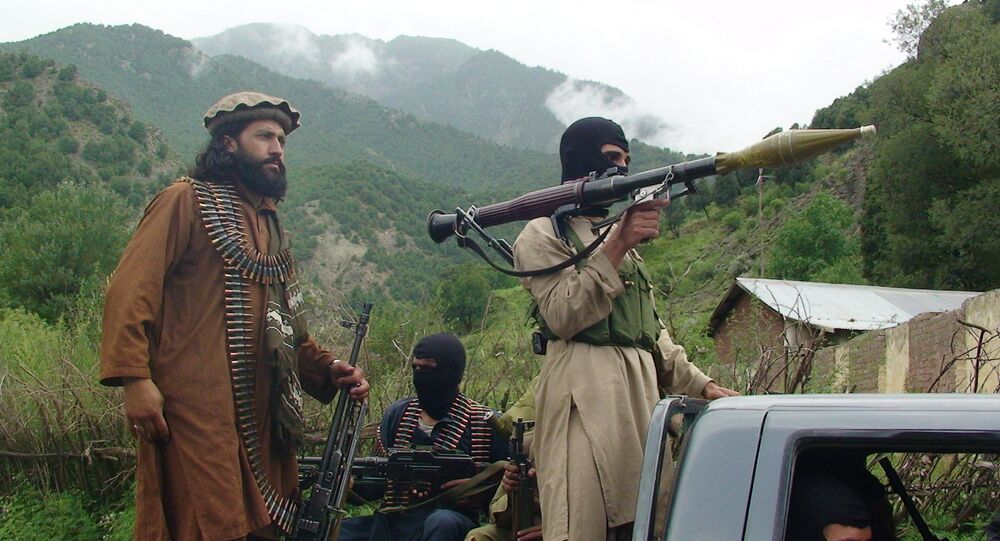 The main purpose of the Pakistani Taliban militant group is to overthrow the leadership of the country and establish a Sharia state. However, as reported by the media, the militant group is not going to take the oath of allegiance to Daesh.

© Wikipedia / Ulrich Waack
'Surprised and Confused' Daesh Fighters Flee Palmyra Area as Syrian Army Advances
The Pakistani Taliban made a statement saying that their main goal is to overthrow the leadership of the country and establish a Sharia state. But in fact, the Taliban are afraid of Daesh as their “ambitions have little in common with South Asia,” the newspaper noted.

“Al-Baghdadi is not a caliph, because according to Islam, it means that he commands throughout the Muslim world, while al-Baghdadi has no such power; he directs certain people in a certain territory. His choice does not correspond with the Islamic rule,” the publication published an excerpt from the statement of the Taliban.

The statement further noted that the leader of Daesh does not have enough control over such countries as Egypt, Libya, Yemen and Afghanistan.

© AP Photo / Rahmat Gul
Terrorist Turf War Will Result if Daesh Takes on Taliban in Afghanistan
In its statement, the Pakistani Taliban, like the Afghan Taliban, also condemned the barbarity of Daesh rule.

“Baghdadi’s caliphate is not Islamic because in a real caliphate you provide real justice while Baghdadi’s men kill many innocent mujahideen (fighters) of other groups,” the statement said.

The publication stressed that the Pakistani Taliban operate separately from the Afghan fighters, but under the same name. Despite that their actions are not coordinated.

Earlier, it was reported that the security situation on the border area of Afghanistan and Pakistan, is of grave concern as a number of extremist forces, including Daesh are operating there.