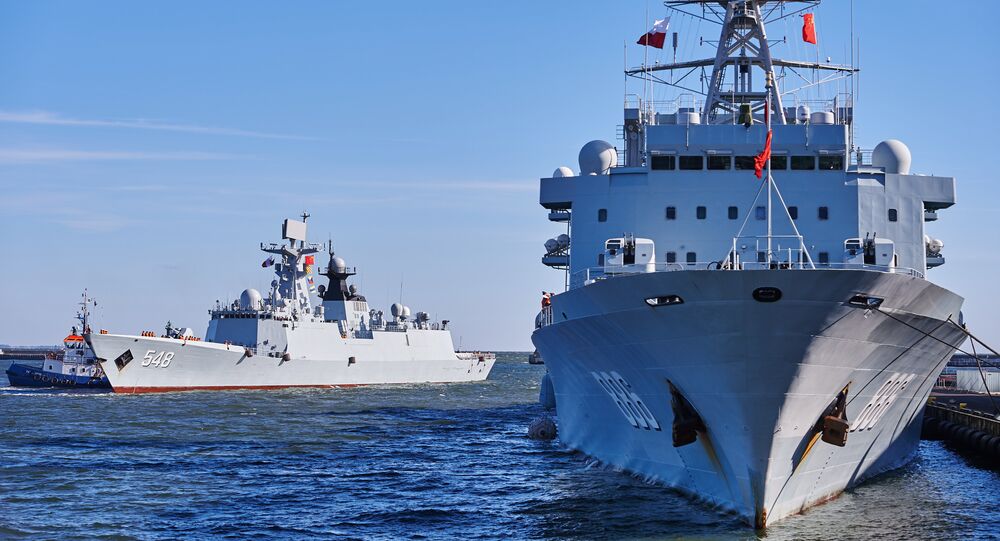 Dragon Ascendant: A Look at the Growing Firepower of China's Navy

The growing power of the Chinese navy may become a serious concern for the US, according to an American think tank.

© Flickr / U.S. Pacific Fleet
Chinese Submarine Rehearsed Attack on US Aircraft Carrier Reagan
As China became more reliant on the world’s oceans to sustain its economy and to maintain its "comprehensive national power," the country began drastically improving its naval capabilities, according to Dean Cheng, senior research fellow for Chinese Political and Security Affairs at the Heritage Foundation.

In the 1990s and early 2000s the surface fleet of the People’s Liberation Army Navy (PLAN) was mostly comprised of fast attack craft armed with torpedoes and missile weaponry, bolstered by a number of mostly outdated destroyers and frigates. Its most modern vessels were several Russian-made Sovremenny-class destroyers, Luhai destroyers and Jiangwei frigates, Cheng points out.

The submarine fleet consisted primarily of antiquated Romeo-class, Ming-class and Song-class boats, with only a small number of Han-class nuclear-powered vessels.
The bulk of Chinese Naval Aviation used to consist of F-6 and F-7 fighters (Chinese copies of the Soviet MiG-19 and MiG-21 respectively), and H-6 bombers (copies of Soviet Tu-16).

However, a fundamental shift in the PLAN’s policies had occurred in the past decade and a half, according to Cheng.

The most obvious innovation was the commissioning of the Liaoning, first Chinese aircraft carrier, which "can already establish a bubble in areas such as the South China Sea where opposing aircraft and helicopters, such as those used for anti-submarine warfare (ASW) duties, would find it difficult to operate freely," Cheng points out.

The PLAN’s logistics were also improved by the addition of a number of new replenishment vessels, something that China previously had in very short supply.

The Chinese Naval Aviation is also undergoing significant modernization. Along with the addition of over 100 JH-7 Flying Leopard strike aircraft, its inventory was also supplemented by fourth-generation and 4.5-generation fighter aircraft such as J-10, J-11 and Su-30.

While resurgent PLAN is unlikely to be able to establish sea control over key waterways such as the Arabian Sea or Indian Ocean, Cheng claims. However, when it comes to the near seas like the East and the South China Seas, the Chinese navy is a force to be reckoned with as it "already outmatches every regional navy, with the possible exception of the Japanese Maritime Self-Defense Force."

US Plans to Sell Destroyers to Taiwan Despite Chinese Protest