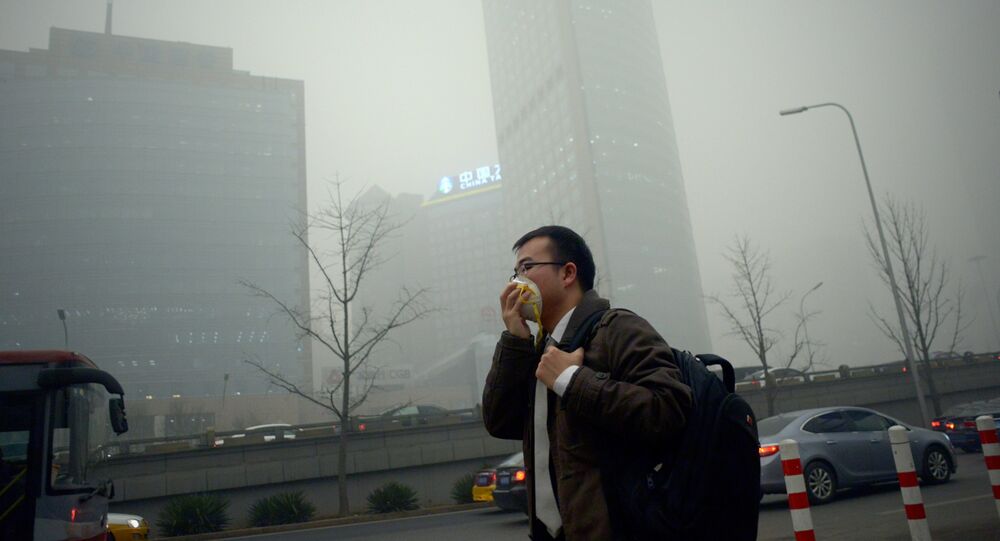 A red alert will be in effect in Beijing from December 19-22, amid a critical rise in toxic smog; this is the second time the city has sounded the alarm this month.

Pollution levels are also expected to increase in Hebei province and Henan province.

This is the second time that a red alert warning level has been raised in Beijing this month; the first red alert was issued on December 7.

Outdoor activities in kindergartens as well as elementary and middle schools in the Chinese capital were suspended due to smog concerns on December 7-9.

On November 29, Beijing raised its air-pollution alert to orange (the second highest level) for the first time in more than a year.

China's extended use of coal for power generation has caused Beijing, as well as other cities, to be inundated with tiny PM2.5 pollutant particles, so called because they measure less than 2.5 micrometers in width. The particles can penetrate deep into the lungs and cause asthma, bronchitis and exacerbate other acute respiratory diseases, leading to premature death.