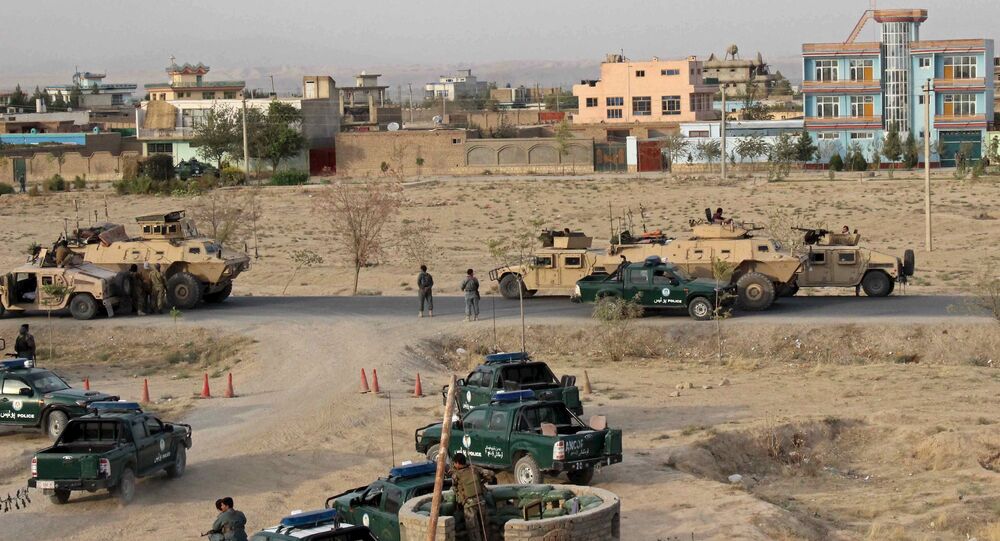 US-Backed Forces in Afghanistan Struggle to Make Gains Against Taliban

Overall security in Afghanistan has "deteriorated" in the second half of 2015, with more insurgent attacks and casualties on both sides, the Pentagon said in a report released Tuesday to US lawmakers.

This month marks one year since the US-led military mission in Afghanistan transitioned into an Afghan-led operation. Allied countries are currently providing Afghan security forces with training and equipment to fight the Taliban and other insurgent groups.

In its semiannual report to Congress, the Pentagon said that the Afghan security force "performance over the entire fighting season and the last six months has been uneven and mixed." There was a 27% increase in casualties from January 1 to November 15 against the same period in 2014.

The 96-page report stated that the Taliban-led insurgency in Afghanistan is  "resilient," despite the Afghan National Defense and Security Force's willingness to fight and concurrent US airstrikes and ancillary support.

"The overall security situation in Afghanistan deteriorated with an increase in effective insurgent attacks and higher ANDSF and Taliban casualties," the report said.

"Although the ANDSF maintain a significant capability advantage over the insurgency, insurgents are improving in their ability to find and exploit ANDSF vulnerabilities, making the security situation still fragile in key areas and at risk of deterioration in other places."

Afghani citizens reported feeling less safe in their home country in 2015 than in 2014.

​President Barack Obama has backtracked on a pledge to pull out all but 1,000 American troops, and in October he announced that 9,800 US servicemen and women would remain in Afghanistan until the end of 2016.

The US president's decision shows that Afghan forces "will require more time and assistance to develop into a capable, credible and independent force that can protect the Afghan people and contribute to regional and international security," the report stated.