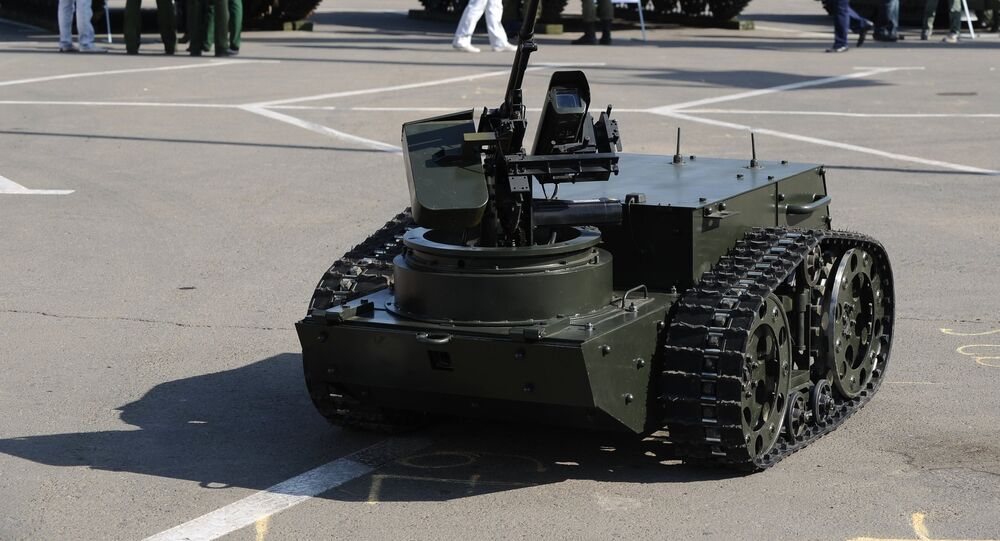 They include a reconnaissance robot, an ordnance disposal machine and an attack robot, with a price tag for the full set standing at 235,600 dollars.

According to the Chinese news agency Xinhua, "the toy-sized robots can coordinate with each other on the battlefield."

The first model is a so-called "reconnaissance" robot, which is designed to scout for poisonous gases, dangerous chemicals and explosives before transmitting its data back to base.

If this robot detects a bomb, the second robot model, a small explosive ordnance disposal machine, is sent in to diffuse the suspicious device.

As for the attack robot, it grapples with more complicated threats and it is armed with "minor-caliber weapons, recoilless rifles and grenade launchers," according to Xinhua.

It said that "with a sighting telescope, a trigger and a safety lock installed, the attacker can hit its target from a long distance." The robots were presented by the Chinese company HIT Robot Group, which is based in the northern city of Harbin.

© Photo : DOD
Future of Infantry: State-Of-The Art Google Robot Tested by US Marine Corps
The local police force in Beijing is reportedly among the potential buyers for the three robots, which Xinhua said "apart from anti-terror operations, can also be applied in firefighting, public security, forestry and agriculture."

In Russia, the Uran family of multirole battle robots capable of destroying both tanks and soldiers successfully passed military trials in the country's south in May 2015.