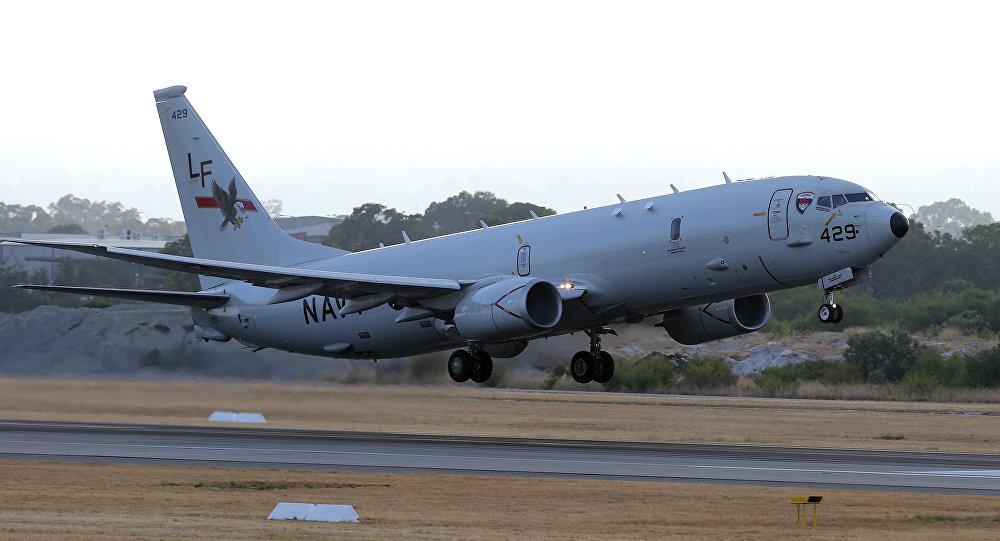 Singapore will serve as a base for US surveillance flights to monitor Chinese activities in the South China Sea, Foreign Policy reported Monday, citing Pentagon officials.

MOSCOW (Sputnik) — The South China Sea dispute, between Beijing and a number of regional states, centers around the Spratly Islands, a group of more than 750 islands and reefs, that are believed to hold significant oil and gas reserves as well as serving as an important commercial shipping route. Beijing has been constructing artificial islands in the area, claiming sovereignty over the land and the 12-nautical-mile zone surrounding the islands.

© Wikipedia / Aquatiger127
Chinese Air Force Keep Up East China Sea Patrols
According to the media, the agreement between Singapore and the United States will be signed on Monday during a visit by Singapore’s Defense Minister Ng Eng Hen to Washington. The deal is expected to enable Washington to fly P-8 Poseidon maritime surveillance aircraft from local airfields.

The United States does not recognize the Chinese claims of sovereignty over the man-made islands, and has repeatedly raised concerns over Beijing’s activities in the region.

The US military at the moment already conducts surveillance missions from Japanese and Philippine airfields, while continuing military patrols in the disputed waters.