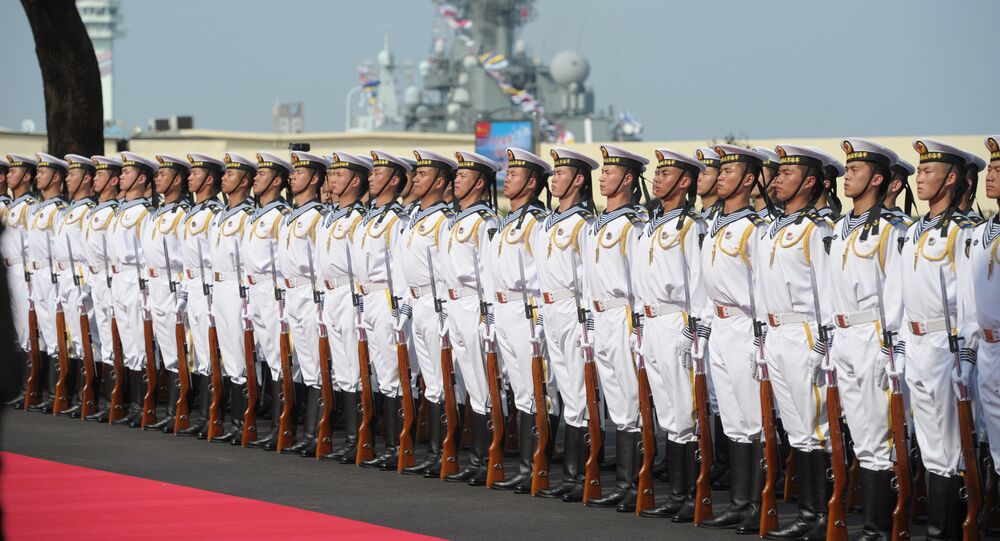 A Chinese military base in Djibouti will be conducive to the international war on sea piracy, and the West will hardly have any objections to that, several leading British experts agreed on Monday.

© AFP 2021 / KHALED FAZAA
Saudi Arabia Constructs Huge Naval Base on Yemeni Island After Its Occupation
A Chinese Defense Ministry spokesman said in November that Beijing was in talks to build a naval logistical center in Djibouti to service its patrol ships in the Gulf of Aden and elsewhere in the region.

Djibouti is a good choice for a Chinese military base as there are French, US and Japanese naval forces also stationed there, said Alex Vines, a co-director at Coventry University’s African Studies Center.

Ian Taylor, an international relations and political economy professor at the University of St. Andrews, agreed with his colleague, saying that the appearance of a Chinese military base would bring no objections from the Western partners and could have even been agreed with them.

“Djibouti is a puppet state of France. Moreover, there is a big US airbase there, so Paris and Washington are obviously not very much worried about the  appearance of a Chinese base in that country,” Ian Taylor said.

The Republic of Djibouti is a country located in the Horn of Africa. It is bordered by Eritrea in the north, Ethiopia in the west and south, and Somalia in the southeast.