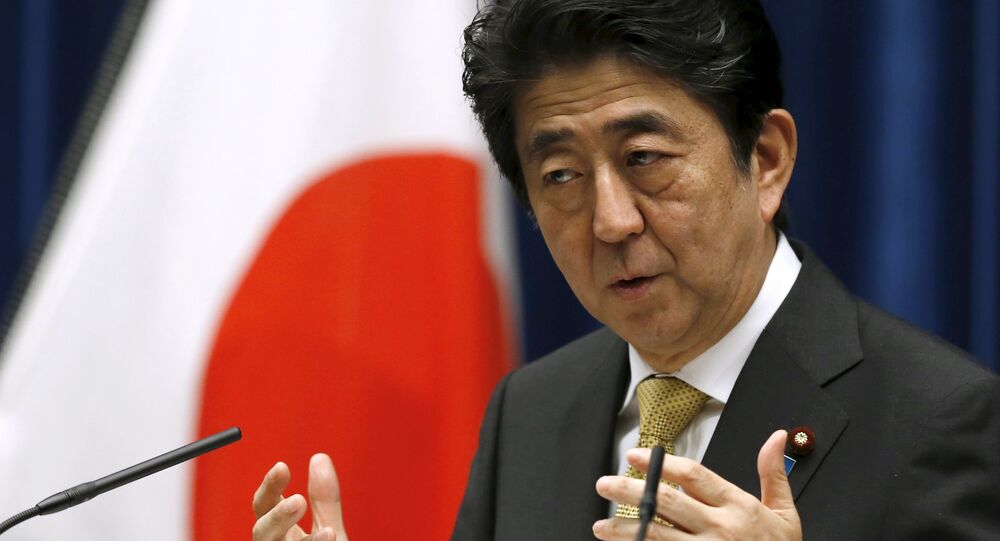 Japanese Prime Minister Shinzo Abe on Monday vowed to guarantee prevention of terrorist attacks in the country a day before a governmental center on collection of data on international terrorist networks is set to launch.

TOKYO (Sputnik) — According to Abe, the center “will guarantee terrorism prevention,” including at the G7 summit, scheduled to be held in Japan in May 2016, Kyodo news agency reported.

© AP Photo / Shizuo Kambayashi
Japan to Open Center to Gather Information on Terrorism
According to November opinion polls, a vast majority of people in Japan fear that Paris-style terror attacks could take place in their country.

A spate of near-simultaneous gun and bomb attacks by Islamist militants took place in the French capital on November 13. A total of 130 people died and over 350 were injured.

After the Paris carnage, the Japanese government announced plans to boost security, including opening the center with the Foreign Ministry to collect data on international terrorism.

Japan, Iraq to Cooperate in Fight Against Terrorism