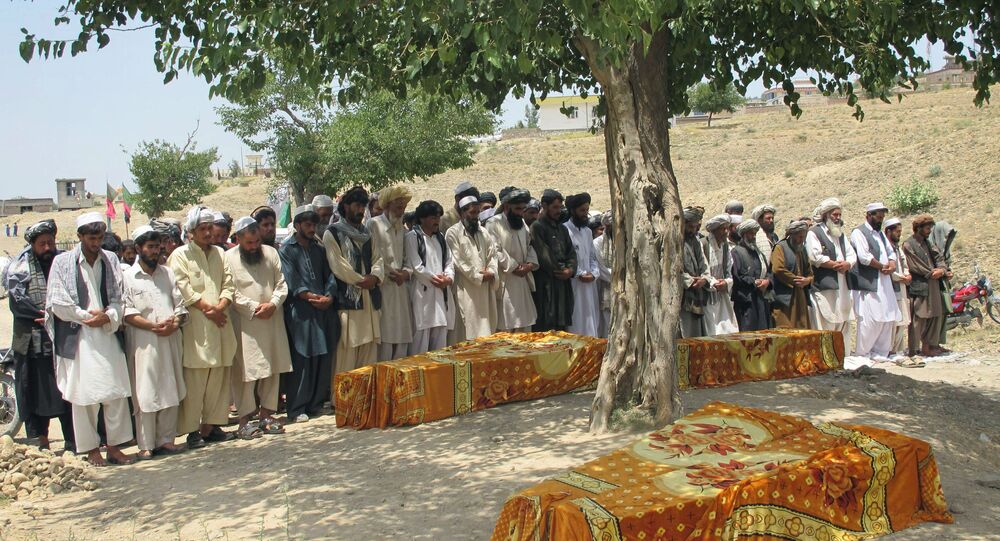 While the United States is longer officially at war in Afghanistan, it continues to conduct covert CIA operations alongside an Afghan militia – one implicated in torture, excessive force, and the killing of civilians.

"[The KPF] is one of the most effective elements fighting the Taliban in Afghanistan, and were it not for their constant efforts, Khost would likely be a Haqqani-held province, and Kabul would be under far greater threat than it is," one US official, speaking on condition of anonymity, told the Washington Post.

"This is a group made up of thousands of soldiers who come from the area and consequently have the respect and insights necessary to operate in a professional manner despite the constant engagement with the enemy."

But according to multiple testimonies from witnesses, as well as Afghan and US government officials, the KPF accomplishes its goals through violent measures which often result in the deaths of civilians.

"They capture anyone they want for no reason," one local storekeeper, who was himself kidnapped by the KPF during a night raid three months ago, told the Post.

Others have detailed frightening scenarios of reckless violence.

"When my father opened the gate, they shot him dead,” Darwar Khan told the Post, speaking of a raid on his own home in September. "Then they tossed a grenade into the compound, killing my mother."

Neither of Khan’s parents were associated with the Taliban. He was given $11,000 as compensation.

In December, 14 KPF fighters conducted a raid on the compound of a man named Meerajudin. In the process, they shot Meerajudin’s 14-year-old son.

In a rare instance, the Afghan government launched an investigation into that incident. Court documents show that the KPF admitted to planting an AK-47 on the boy’s body to make it seem like he posed a threat.

The militia is ostensibly under the command of the Afghan National Directorate of Security (NDS), but a number of witnesses have reported that the fighters are accompanied by English –speaking translators.

"Only in name is the KPF linked to the NDS," Mohammad Qadin Afghan, a former KPF member, told the Post. "They still work for the CIA."

Sardar Khan Zadran, a former PDF commander, also describes the extent of the CIA’s involvement, which goes beyond mere funding. US intelligence operatives join PDF raids and often call in US airstrikes.

The militia allows the CIA to work around the Bilateral Security Agreement which forbids US troops from entering Afghan homes. It also lets the agency avoid questions of accountability. While the Leahy Law forbids the US government from assisting, training, or equipping foreign military units involved in human rights abuse, the CIA is not subject to that law.

"They are accountable to no one but the Americans," Zadran said, referring to the KPF.

While the US may be using the militant group to secure the region, the effort appears to be backfiring. Mass protests broke in Khost city last month protesting the civilian deaths.