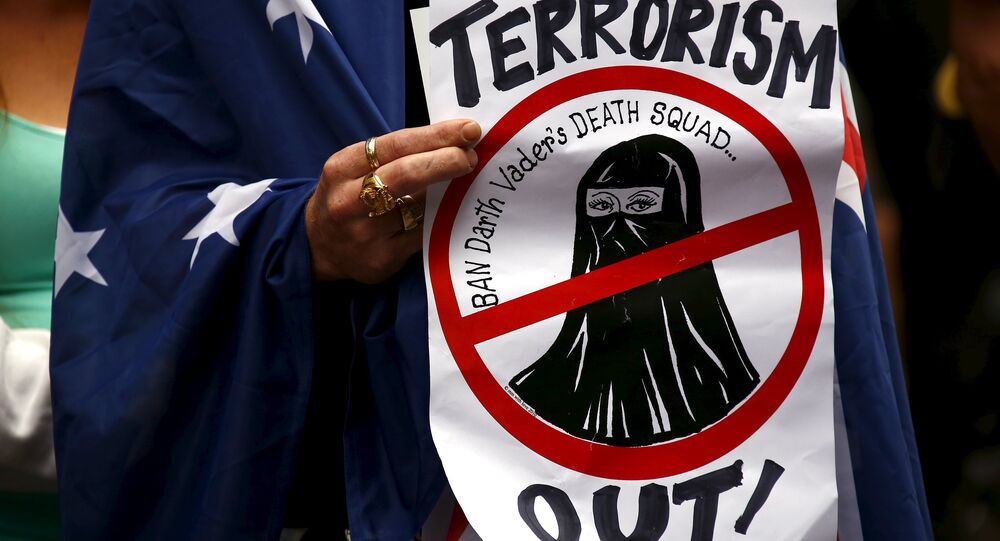 According to Australian Federal Police, twelve people living in the country are estimated to be capable of committing an act of terror.

“Twelve men and boys living within the Australian community are capable of committing an act of terror such as killing a random member of the public,” ABC broadcaster cited AFP's counterterrorism chief Neil Gaughan as saying.

© AFP 2019 / MAL FAIRCLOUGH
Anti-Islam, Anti-Racism Protesters Clash Across Australia
Gaughan, interviewed for the channel’s documentary on local terrorism scheduled to be broadcast later on Monday, said there was a “high risk” of a localized terrorist attack in Australia.

“I think there can be no doubt that there’s a small group in Sydney that are engaged in activity which wants to upset the Australian way of life,” Gaughan said.

The official said at least 11 suspects have faced some 30 charges since Australian security and intelligence officials launched Operation Appleby on September 18, 2014.

Taunting China? US Strategic Bombers May Fly From Australia

Melbourne Mayor Calls on Australia to Share Burden of Refugees